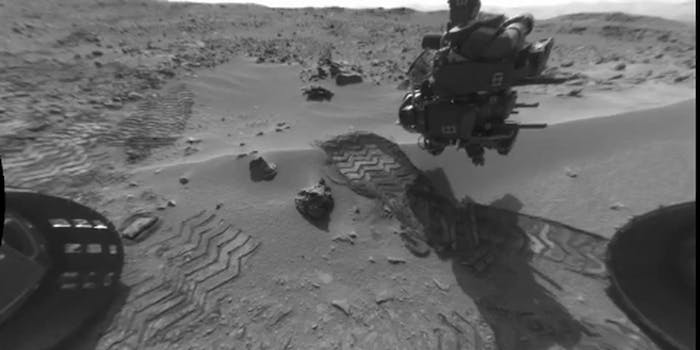 The only thing live on Mars right now is Curiosity's camera. Maybe.

But NASA‘s highlight reel from the Curiosity Rover‘s first year on Mars is just as thrilling as any blockbuster—once you drill below the surface.

Since the rover landed in the Gale Crater last August, it’s discovered clues that liquid water and an environment that could have supported life once existed as it marauded over the surface, burrowing for rock samples and analyzing them with lazers.

The two-minute YouTube video includes 548 images Curiosity recorded with its fisheye-lens camera, including the first time it scooped soil and drilled samples from rocks.

In Mars terms, there’s a ways to go before Curiosity will truly be able to blow out its first candle. A year on the planet lasts almost 687 Earth days.

H/T The Verge | Screenshot via JPLnews/YouTube