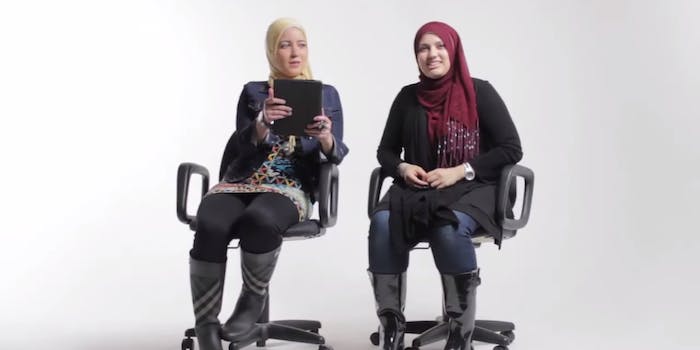 We couldn't remain this calm if these comments were about us.

A mosque in Tampa Bay, Fla., lost its attached daycare center to a fire in April, with all 60 people inside fortunately making it out alive. After the mosque’s owners posted an article about it online, the activist group Peace House asked some Muslims to read the comments on the story, kind of like Jimmy Kimmel’s Mean Tweets segments.

But instead of looking to Twitter, the Muslims went to somewhere even more vile to pick out the comments: Facebook.

The hateful and Islamophobic spew is exactly what you’d expect from bigoted and close-minded people who blame things on an entire religion. But the Muslim readers largely find the ill-informed comments hilarious as they poke holes in their logic. And they finish it off with discovering that the comment “let it burn” works really well with that Frozen song.