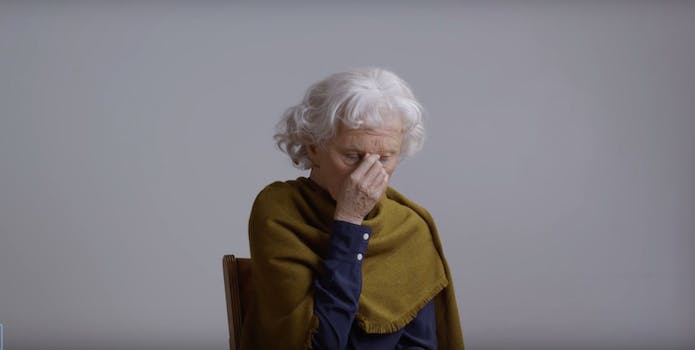 The short video ends with a twist.

President-elect Donald Trump and his administration have all voiced support for some form of a Muslim registry that could track, monitor, and detain Muslim-Americans or Muslims visiting from abroad under the guise of public safety and security.

In response, Japanese-Australian filmmaker Aya Tanimura has directed a PSA, executive produced by Katy Perry, which tells the story of Haru Kuromiya, who was held in a Japanese internment camp. The video draws parallels between Japanese internment and the plans Trump has for Muslims.

Spoiler alert: In a powerful moment at the end of the video, the woman telling Haru Kuromiya’s true story lifts up a prosthetic mask to reveal Hina Khan, the Pakistani-born Muslim actress. Tanimura told the Los Angeles Times, “Casting a Muslim actress was non-negotiable,” and the reveal helps drive home the most important question of the film: With Trump’s proposed registry, is history repeating itself?