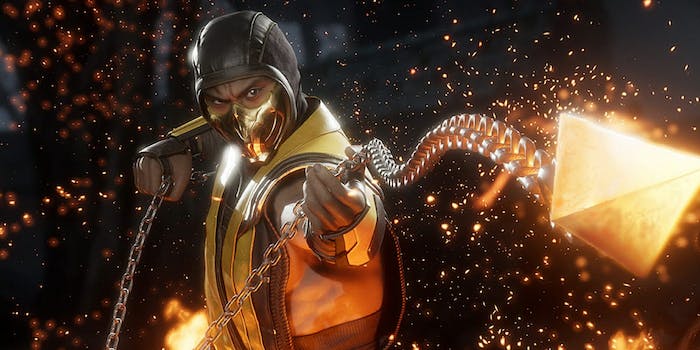 Online content can be traumatizing. Doubly so for game developers and journalists.

I grew up on Valve‘s gory zombie survival shooter Left 4 Dead 2 and Hotline Miami’s brutal ultraviolence. But Mortal Kombat was always a tad too extreme for me. Its detailed, realistic depictions of spines cracking, limbs breaking, organs rupturing, and eyes popping left me feeling more sick than excited. I like aesthetic gore, but the realistic stuff sends shivers down my spine.

One might say I’m not a real gamer. Whatever. At this point in my career, I have the freedom to pick and choose what I cover as a games journalist. But game developers don’t have that freedom.

If you need a job, and Mortal Kombat creator NetherRealm Studios is hiring, you’re stuck with Mortal Kombat. And that means you may be surrounded by some particularly gruesome imagery day-in and day-out.

On Wednesday, Kotaku staff writer Joshua Rivera penned a feature story looking at developers who are traumatized from working on games with extremely graphic imagery. The piece focuses on one of Mortal Kombat 11’s cinematic team members, who “spent their days reviewing violent animation work” and “being surrounded by the kind of bloody real-life research material” that developers use to create in-game blood and gore. This includes depictions of animals being killed, murder victims’ bodies, executions by hanging, and how peoples’ faces are removed, among other gory assets.

For that developer, it only took a month before the constant exposure to extremely graphic material wore them down. While speaking to Kotaku, they argued both the games’ violence and its real-life research material led to a post-traumatic stress disorder (PTSD) diagnosis.

“I’d have these extremely graphic dreams, very violent. I kind of just stopped wanting to go to sleep, so I’d just keep myself awake for days at a time, to avoid sleeping,” that developer told Kotaku.

PTSD’s stigma haunted the animator and made it difficult for them to realize they were experiencing trauma. “You start to feel like an idiot for thinking about what the impact of working on that game has been on yourself,” they said. “Other people I’ve talked to have been like, ‘I know what I’m working on, I know what I’ve gotten myself into here.’ And you start to blame yourself for being shitty or weak or spineless.” (The Daily Dot reached out to NetherRealm’s parent company Warner Bros. Interactive Entertainment for comment.) 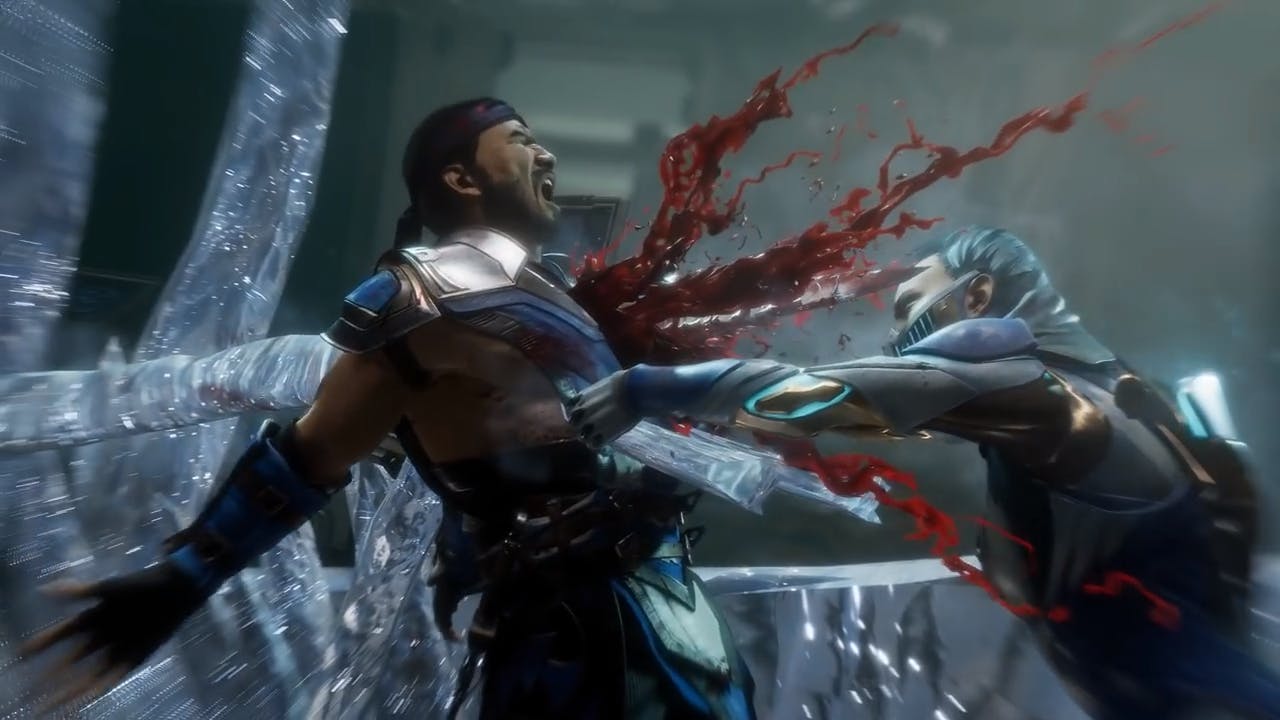 Dr. Raffael Boccamazzo, clinical director for the mental health and gaming organization Take This, explained to the Daily Dot that there are three core parts to PTSD: experiencing a traumatic event or events, reexperiencing trauma in different ways, and trying to avoid reminders of trauma. These must cause disruption to a person’s life “in significant ways” to meet the diagnosis.

“Roughly half of all people will be exposed to at least one trauma event in their life, and most don’t develop PTSD,” Boccamazzo told the Daily Dot. “Vulnerability and resilience are an exceptionally complicated web of biological, psychological, and social factors that come into play before, during, and after a trauma.”

Journalists have long discussed their own experiences with trauma while on the job. In 2018, reporter Erin Corbett opened up about her experiences with PTSD after witnessing the far-right “Unite the Right” rally at Charlottesville, Virginia. While covering the event, she was “less than ten feet away” from James Alex Fields, Jr.’s Dodge Challenger when he steered into counter-protesters, killing activist Heather Heyer. In the aftermath, Corbett experienced flashbacks, chronic pain, dissociation, and severe depression and anxiety, among other symptoms. Her PTSD simultaneously “interfered with [her] work reporting on fascists” and was “triggered by it, too.”

“After the events in Charlottesville, my immediate response was to get back to covering these violent movements, because I didn’t want to feel that I’d lost my ability to do my job,” Corbett writes for the Outline. “Journalists are exposed to violence all the time and continue doing their jobs, I thought—so why couldn’t I? Often, I’d get to the end of the day and drink too much, rather than take a break from my work.”

It’s unsurprising that online media was one of Corbett’s trauma triggers. She believes PTSD can even result from being immersed in traumatic material online. Research from the University of Bradford’s Dr. Pam Ramsden suggests “frequent exposure to disturbing videos and photos” can “lead to depression, anxiety, and PTSD,” Corbett notes. This means journalists that rely on the internet to study hate groups or watch graphic videos may experience traumatic stress, as Ramsden says this information “has the ability to be in real time,” giving users “the same results and same PTSD as if they were right there.”

For the record, Ramsden’s conclusions aren’t set in stone. When I asked Boccamazzo whether exposure to “explicit and disturbing media” and in-game graphic violence can cause PTSD, he stressed there’s still more work to be done.

“The idea that media exposure to graphic violence can cause PTSD has been one of debate for over a decade,” he said. “Especially as video game graphics become more and more realistic, this is an area that demands more research.” 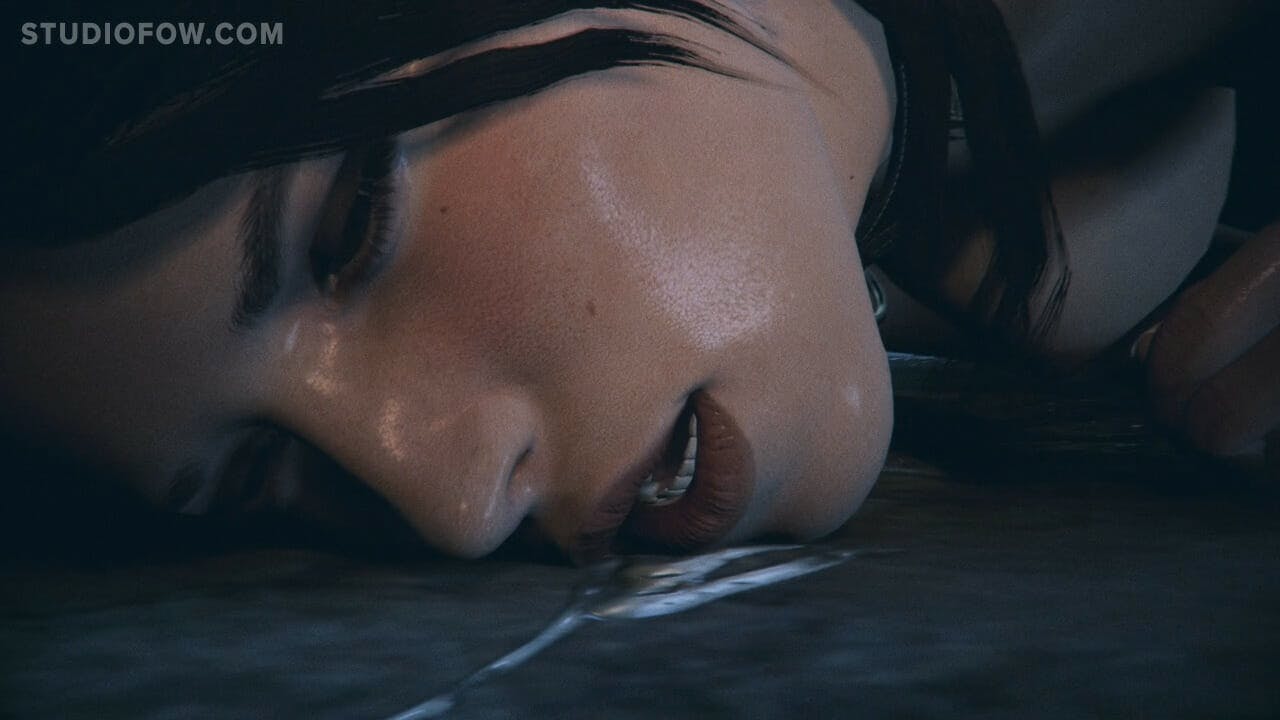 That said, I’m inclined to agree with Ramsden, as my work as a games journalist continues to expose me to some of the worst parts of the internet. When I reported on the adult video game Subverse for GameDaily.biz, I dug into some of the pornographic content created by its parent company, StudioFOW. That studio is better known for its deeply disturbing 3D porn videos where female video game characters are brutally and sadistically raped. One clip involves Lara Croft having sex with a dog. Another, the studio’s popular Kunoichi series, features enormous demons assaulting helpless young women, complete with painful screams and demands to stop.

There are much more dire examples, too. While reporting on transphobia in the games community, I have to limit my exposure to TERF forums, subreddits, and Twitter feeds. Pouring over endless, visceral hatred toward trans women—including posts targeting myself, complete with my deadname and half-nude photos—can send me into an anxiety attack. And of course, sometimes my work requires observing real-world violence. While reporting on the Christchurch Mosque Shootings, I read through the shooter’s manifesto and watched the footage of the shooting to understand what white supremacists were sharing online. While I didn’t experience PTSD from my research, the content I watched in the video will haunt me for the rest of my life.

When I first started reporting hard news, I told myself to suck it up and bottle up my feelings. I assumed other journalists did that too. It didn’t work, and my mental health tanked. I had to teach myself how to take breaks, pace myself, or outright decline covering a story. I only learned those skills by surrounding myself with a healthy support network of writers and editors that took my depression, anxiety, and prior experience with trauma seriously.

I’m inclined to believe that this problem is even worse for those who have no one to turn to. As Boccamazzo told me, “unneeded stigma and shame absolutely prevent people from reaching out for help and discovering,” not unlike any other mental health issue. That can be seen with the anonymous Mortal Kombat 11 developer who felt they weren’t cut out for NetherRealm’s demands. Eventually, they learned another developer assigned to Mortal Kombat 11 was so disturbed by his work that he would see grotesque imagery in real life.

“When he looks at his dog, he just sees the guts inside of it,” the anonymous Mortal Kombat 11 developer told Kotaku, “and he couldn’t look at his dog without imagining all of the viscera.” 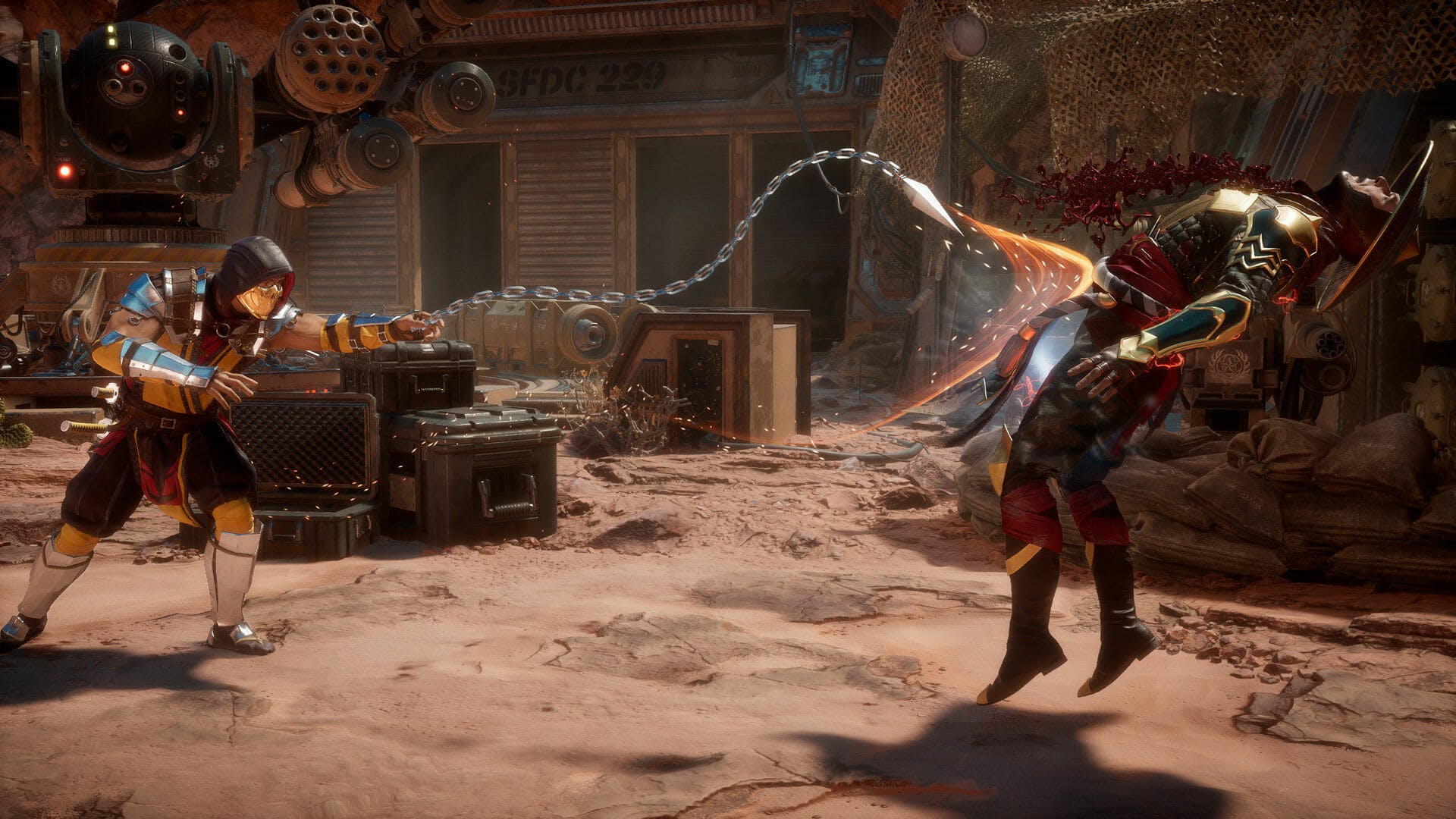 What causes a place like NetherRealm to traumatize its employees? The studio recently faced allegations that it fosters an abusive workplace. Employees and temporary contractors claim they were forced into extensive overtime to reach deadlines, better known as “crunch.” In its own right, crunch is traumatic; humans aren’t built to engage in the 100-hour workweeks that haunted Mortal Kombat 11’s production. When I reached out to Rivera, he told me that he’s “not sure [trauma and crunch] go hand and hand as much as they complicate one another,” as “crunching doesn’t make anything better” for traumatized employees.

“Regardless of the studio and the project, we know from writing our Crunch Hurts white paper that prolonged, stressful working conditions contribute to a wide variety of vulnerabilities to a variety of mental health diagnoses,” Boccamazzo said. “Regardless of the exposure to violent materials, there are certain practices which protect mental health that all studios should strive for. This includes but is certainly not limited to: regularly sticking to a 40-hour work week; employ managers who demonstrate appropriate work-life balance; actively include diverse voices in the creative process; regular breaks; and separation from work activities when employees are at home.”

“Trauma doesn’t always announce itself,” Rivera told me. “You can work on something troubling for a while and think you’re fine (I know, it’s happened to me!). You can also actually be fine. Everyone is different, but there has to be resources and support to make sure developers are taken care of.”

Correction: A previous version of this article listed Corbett as a staff writer for the Outline.