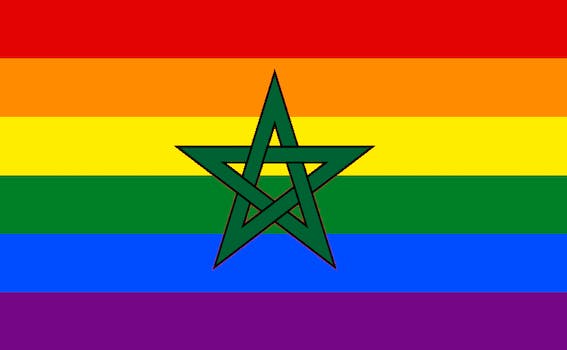 80,000-plus sign petition to release hate-crime victims jailed in Morocco

After a video of the attack surfaced online, the victims were arrested and jailed.

Victims of an anti-gay hate-crime attack in Morocco sought justice this week—but instead of restitution, both men were sentenced to prison for the crime of “sexual deviancy.”

It’s a case that has shocked the international LGBT rights movement: In countries like the U.S. and U.K., extremely homophobic laws criminalizing gay sex with prison sentences—or even the death penalty—are a thing of the past. However, in Morocco, homosexuality is illegal and punishable by law.

More than 82,000 supporters have signed an All Out petition demanding that the two victims be released from jail and cleared of charges, and that the country’s anti-gay law be overturned.

According to the Moroccan LGBT rights group Collectif Aswat and All Out, the victims were sentenced on Monday to three months and four months, respectively, in prison.

The two men, whose names are not being released, are both quoted in police reports (as reported by Human Rights Watch) as saying they were together at home in the city of Beni Mellal on March 9 when a group of young men broke into the home and attacked them. The men, who according to police reports identified themselves as gay, were dragged into the street, where one of the attackers filmed them being beaten and stabbed while anti-gay slurs were chanted. A clip of the video was posted online on March 25.

“Beaten, bloodied, and pushed naked into the street, and then sent to prison for your private life,” said Sarah Leah Whitson, the Middle East and North Africa director for Human Rights Watch, in an April 8 statement about the case. “This verdict will discourage victims from seeking justice and increase the likelihood of homophobic crimes.”

But while many Middle Eastern and North African countries have similar anti-gay laws—Morocco’s penal code article 489 bans “acts of sexual deviancy with a person of the same sex”—the Beni Mellal attack has drawn international criticism for the way the victims are being prosecuted after a brutal attack.

“This case is a tragic reminder that discriminatory laws have real consequences,” said All Out Executive Director Matt Beard in a statement emailed to the Daily Dot. “These innocent men were violently attacked in their own home without provocation and thrown naked onto the street.”

“It is those responsible for the attack who should be the only focus of the Moroccan authorities,” Beard continued. “We will continue to work with our partners in Morocco to increase pressure until both innocent men are free.”

Four of the men who attacked the victims were also charged in court. Collectif Aswat reported in a Facebook update that two attackers were sent to prison on respective sentences of four and six months; a third received a suspended sentence of three months; and a fourth was released but faces assault and battery charges.

The victims and their attackers are essentially serving the same prison sentences.

On social media, activists in Morocco and Europe continue to lobby for the release of the two victims, as well as the eradication of homophobic laws, using the hashtag #Love_is_not_a_crime.