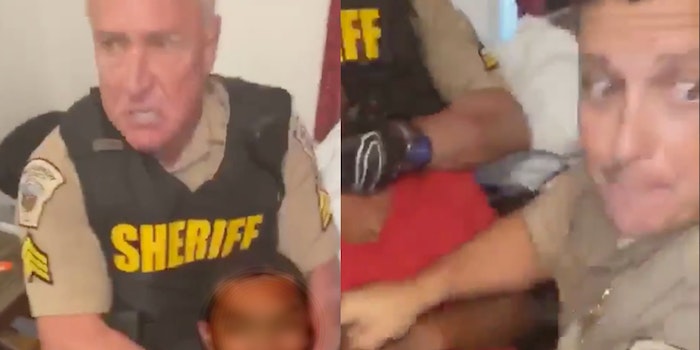 In a video of the incident, the man can be seen bleeding from his mouth.

A white North Carolina officer choked a Black man while he bled from his mouth and another officer restrained his hands. A video of the incident is going viral online.