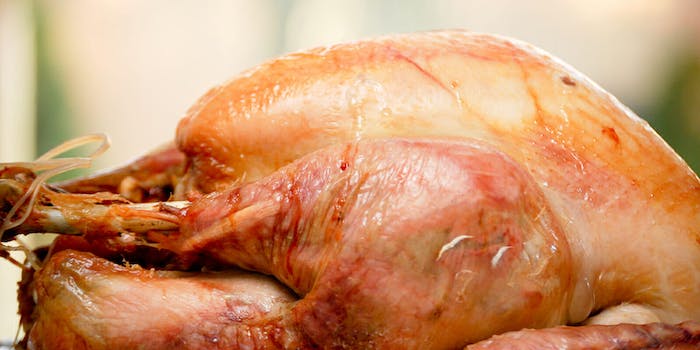 Residents in Billings, Montana, who were pulled over for minor traffic violations last week have a reason to feel extra grateful this Thanksgiving season.

Thanks to an anonymous local businessman, 20 lucky residents were issued a frozen turkey—along with a warning—rather than a ticket when pulled over by police for minor violations like speeding or rolling through a stop sign.

Police in Montana town issue Thanksgiving turkeys instead of tickets for minor traffic violations. "It's been a very positive thing for the community." https://t.co/I1QbkSJiyx pic.twitter.com/J3nDh5njeU

Some commenters on the department’s Facebook page weren’t sure it was appropriate to reward drivers for breaking the law but others saw it as a kind gesture during the holiday season.

“You should give a turkey to every driver you see who is not on their phone while driving,” one resident suggested.

*drives through red light to get food*

But Lieutenant Neil Lawrence assured ABC News that the residents pulled over were still issued a warning and were told what they could do to improve their driving.

This was the first year that the department made the Thanksgiving gesture.

“The individuals that received the warnings and the turkeys have been very happy,” Lawrence said. “Our Facebook page has received a lot of positive comments regarding it. So far it’s been a very positive thing for the community.”