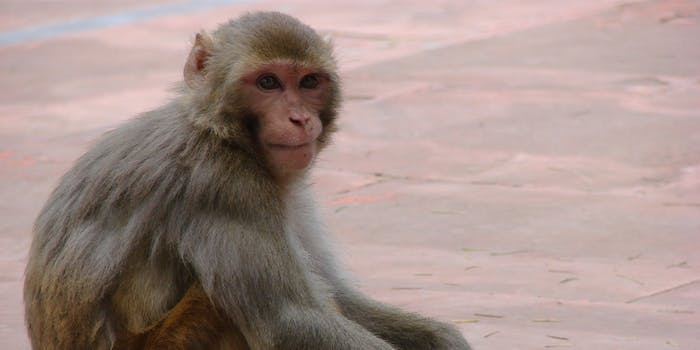 There's no monkeying around here.

These monkeys have each other’s backs, no matter the peril.

Onlookers at a train station in Kanpur, India, gathered near the tracks on Saturday after witnessing something incredible: When a monkey got electrocuted while walking on the high-tension wires that hover above the tracks, another monkey quickly came to its rescue. While the first monkey was unconscious, the second tried to wake it up, resulting in the amazing scene captured in the video below.

The conscious monkey tried a variety of techniques before his friend began to show signs of life. The rescuer monkey may think this was all in a day’s work, but for the amazed crowd of onlookers, the incident was an unforgettable one.

Photo via Michael Goodine/Flickr (CC BY 2.0)