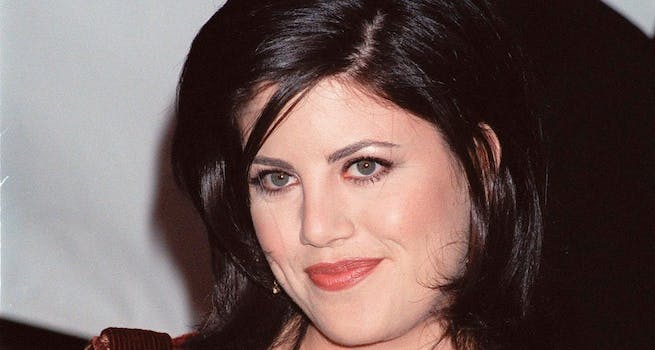 She says it was Fox News' salacious coverage of her affair with Bill Clinton that hooked viewers.

In this morning’s New York Times, Monica Lewinsky penned an op-ed that wasn’t an obituary for Fox News founder Roger Ailes but “instead an obituary for the culture he purveyed—a culture that affected me profoundly and personally.”

Lewinsky says it was the story of her affair, when she was 22 and a White House intern with then-49-year-old President Bill Clinton, that helped build the following Fox News has today.

But while Ailes was making “certain his anchors hammered [the story] ceaselessly, 24 hours a day” in the late ’90s, she was living a “nightmare”:

“My character, my looks, and my life were picked apart mercilessly. Truth and fiction mixed at random in the service of higher ratings. My family and I huddled at home, worried about my going to jail—I was the original target of Kenneth Starr’s investigation, threatened with 27 years for having been accused of signing a false affidavit and other alleged crimes—or worse, me taking my own life. Meantime, Mr. Ailes huddled with his employees at Fox News, dictating a lineup of talking heads to best exploit this personal and national tragedy.”

She said the internet, whose reach also surged around this time, didn’t help much—Drudge Report was the first to break the story—but networks like Fox News seized the moment. “Just days after the story broke, Fox asked its viewers to vote on this pressing question: Is Monica Lewinsky an ‘average girl’ or a ‘young tramp looking for thrills’?”

Many women, including those who were very young at the time of the scandal, have come to Lewinsky’s defense after hearing her perspective in context with the Fox News we know today.

Maybe now we will listen to her instead of slut-shaming her?

Of course, there are those who also continued to degrade her for her past.

Lewinsky says that while Fox News helped forge this kind of “cyberbullying and chyrons, trolls and tweets,” it was Ailes’ related behavior, offscreen, that eventually brought his own demise. “The irony of Mr. Ailes’s career at Fox—that he harnessed a sex scandal to build a cable juggernaut and then was brought down by his own—was not lost on anyone who has been paying attention.”

She concludes by saying that Ailes’ ouster, his death, and all the recent Fox News harassment and discrimination scandals may finally be the end of a “corporate culture that views hate and harassment as part of running a successful news business.”

You can read the entire non-obituary here.