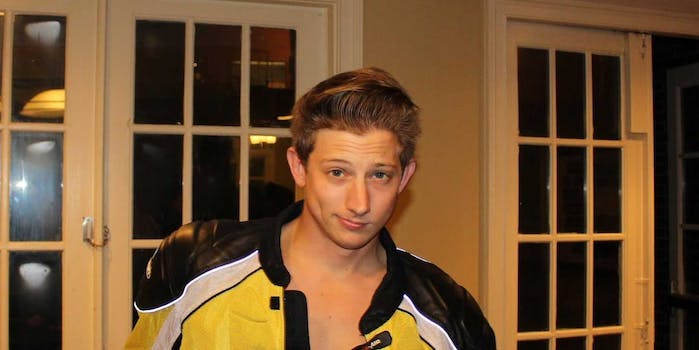 Missing frat brother was found thanks to his tech-savvy friends.

Georgia Tech student Jimmy Hubert was nowhere to be found Friday night after his fraternity’s semi-formal and the next day his friends began frantically posting online to help track him down. Thanks to an iPhone GPS location and a friend’s persistent search, though, he was found alive Monday morning—albeit bloody and badly bruised.

Hubert is the Vice President of the Georgia Tech chapter of the Phi Delta Theta fraternity. He went missing Friday evening after the fraternity’s semi-formal event at the Foundry at Puritan Mill in Atlanta.

“The only thing we knew was that he had his date’s phone in his pocket, which she tracked with Find my iPhone to a GPS location [at] 1am [on] Saturday morning,” Danny Goldman, PDT’s president, told the Daily Dot in an email. “After that, her phone and his own were dead so the app could no longer track location data.”

At that point, family and friends began to worry. In their time of distress, they turned to social media to locate their beloved son, brother and friend.

Hubert’s mother, Diane posted a frantic plea on Facebook asking that her son be returned safe, while friends shared a photo set on Imgur called “bring Jimmy home” to see if anyone could help identify him. They also shared the link on Reddit on the r/Atlanta and r/GATech subreddits. One redditor posted an alert that all members of the Interfraternity Council received from Goldman. 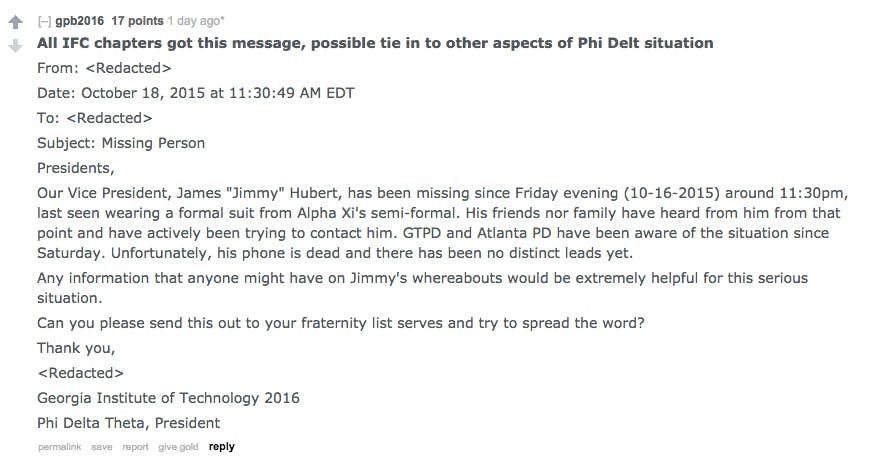 “Sunday, we had team go out to the last known location of the GPS to hand out flyers that he was missing,” Goldman wrote in an email. “We posted all over our social media pages that he was missing and had a ton of help on that front. News stations picked the story up late Sunday evening and the hunt for Jimmy increased.”

The Georgia Tech website also posted about Hubert’s disappearance, saying that he was last seen around 11pm on Friday night and to contact the campus police department with any information.

After a weekend of searching, shortly after 9am on Monday morning, Diane Hubert shared on her Facebook page the news that her son had been found by a friend who went out searching for him.

The police confirmed that Hubert was found and gave some insight into his condition. “The Atlanta Police Department has been notified and can confirm that Mr. James Hubert, previously reported missing, has been located,” Atlanta PD media relations specialist Kim Jones wrote in an email. “He was located along the railroad tracks adjacent to DeKalb Avenue and Arizona St. The student has been transported to Grady Hospital to be evaluated for hypothermia and injuries.”

Diane Hubert shared photos of her son, which show his rough condition, and also took to Facebook to set the record straight about the rumors that began swirling in the wake of her son’s disappearance and subsequent return. She also provided some updates on his injuries.

Our 007 is found 😂💦❤
️Update ❤❤❤ WELCOME HOME JIMMY ❤❤❤
Jimmy was transported to the hospital this morning after being found by Emma Rose and AV by the railroad tracks where his phone had pinged Friday night.
HE WAS MUGGED ROBBED AND HAD THE SHIT BEATEN OUT OF HIM.
He’s in ICU with broken vertebrae
Broken ribs
Broken scapula
Punctured Lung
Blood on the brain
Paralyzed left side (Hopefully temporary)
He’s in a lot of pain and on morphine resting. He left the formal and took marta to get home.
TO SET THE RECORD STRAIGHTHe was NOT ON DRUGSHe was NOT DRUNK
He left the formal alone and jumped on Marta (train)When he got off the train he was
JUMPED BEATEN UP ROBBED & LEFT FOR DEAD. END OF STORY !
Please share

As far as the police investigation is concerned, Elizabeth Espy, Director of Public Affairs for the Atlanta Police Department, told the Daily Dot that it is ongoing and could not confirm what exactly lead to Hubert’s disappearance Friday night. “Based on the information we have, we are moving forward with the investigation. However, due to his injuries, we have not been able to interview Mr. Hubert about the circumstances over the last few days. Once APD investigators are able to question him, we will provide an update on the case.”

But everyone seems to be in agreement on one thing: technology saved Hubert’s life.

And if this photo is any indication, he still has the frat boy spirit. 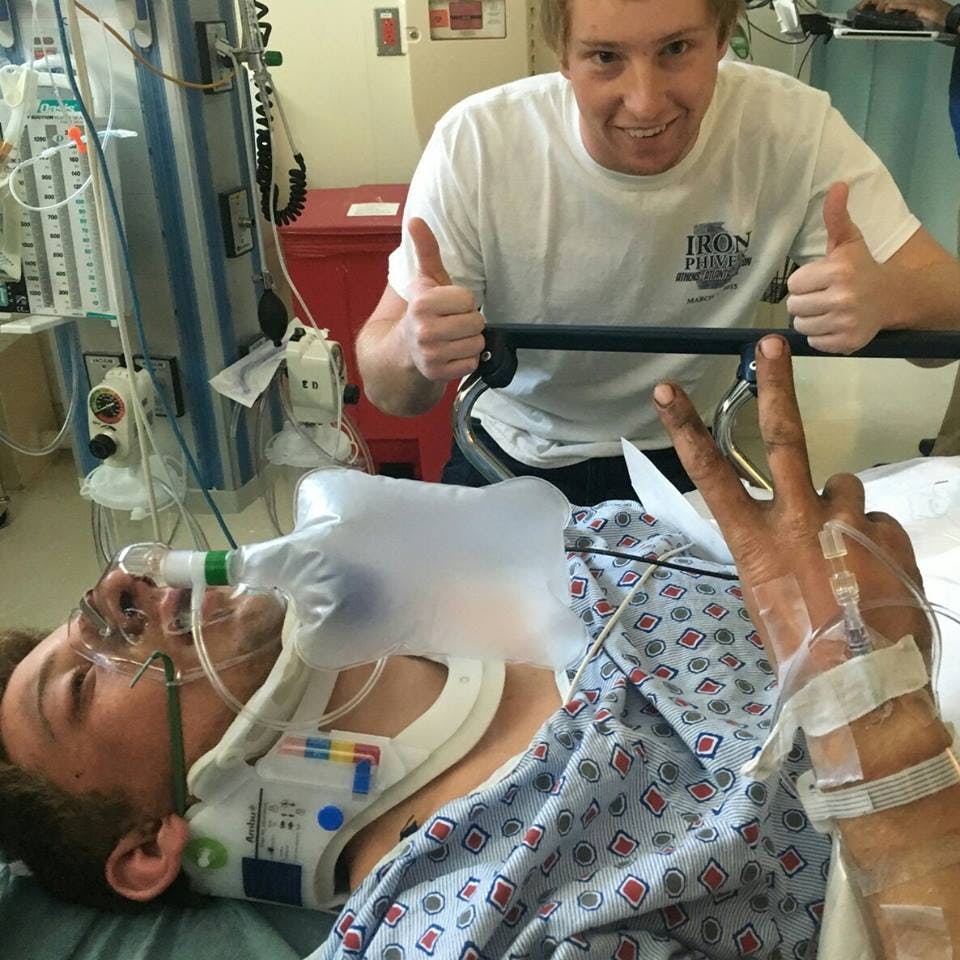