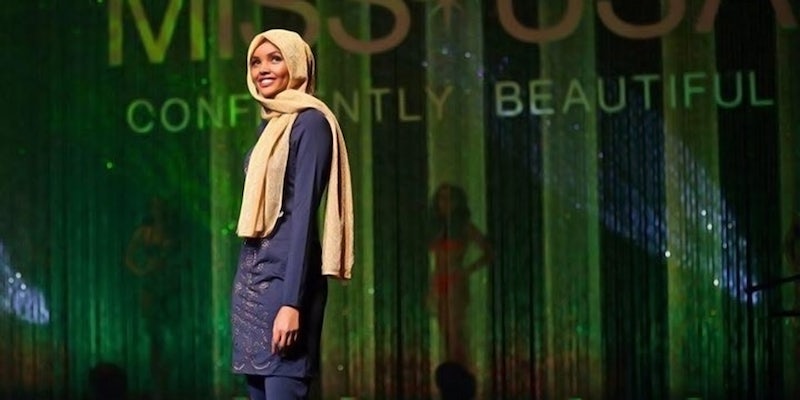 She made it to the semifinals.

The swimsuit competition (or as it’s increasingly being called nowadays, the “active wear” competition) has always been the stickiest part of any beauty pageant. It’s basically an easy way to get conventionally attractive women to prance around in nearly nothing and judge them on their “fitness” or something, and it’s been opposed by feminists, religious conservatives, and anyone who thinks this is a pretty weird requirement to win a scholarship.

Over the weekend, Halima Aden made the semifinals of the Miss Minnesota USA pageant—and she also made history by being the first woman to wear a hijab and a burkini while doing so.

Aden, 19, told CBS that while she didn’t win, she hopes to open doors for more women like her and to educate people about Islam and Somali-Americans. “For a really long time, I thought being different was a negative thing. But as I grew older, I started to realize we are all born to stand out, nobody is born to blend in,” she said. “How boring would this world be if everyone was the same?”

In 2013, the Miss World competition was held in Indonesia, where it was met with backlash among locals. In response, the World Muslimah Foundation created the Miss Muslimah contest, where women were required to wear full hijab, recite portions of the Quran, and speak about their relationship to Islam.