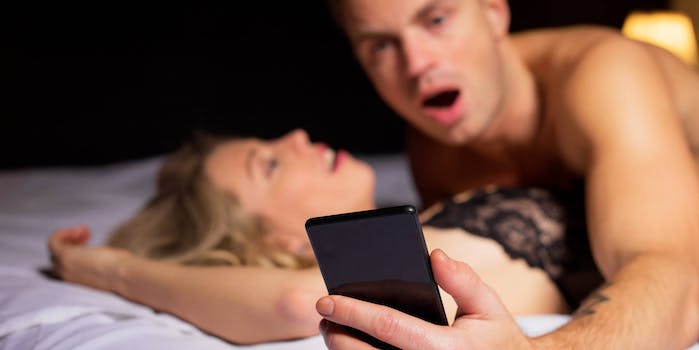 Because apparently they're more interested in the internet than bangin'.

Sex! Who needs it? Not kids born in the 90s, according to a new study published in the Archives of Sexual Behavior. In the abstract, the study says “a higher percentage of Americans in recent cohorts, particularly millennials and iGen’ers born in the 1990s, had no sexual partners after age 18,” than people born in the 60s and 70s.

While the abstract doesn’t say what metrics the study used to define sex (for instance, whether only heterosexual sex was counted), the Washington Post interviewed some young’uns about why that may be the case. They argued everything from standing up against pressure to have sex to not being interested in one-night stands to preferring enjoying activities like watching YouTube over the terrifying unknown of a first date. All of which sound pretty reasonable.

But here are some other reasons we think millennials may be abstaining:

1) Too busy working six jobs in the “gig economy” to date.

2) iPhone screen is cracked so bad you can’t see Tinder.

4) Realizing that sexual fulfillment looks different for everyone and is not a matter of numbers.

5) Realizing that an increasing reliance on dating apps changes the dynamics of dating to benefit those who have certain skills (writing compelling profiles, taking good photos), which leaves many out of the dating pool.

6) Awkwardness of making out when you have a chatty Uber driver.

7) Too depressed after watching Bojack Horseman to actually Netflix & Chill.

8) Can’t get in the mood because whenever you close your eyes you see Donald Trump.

9) If you got pregnant, increasingly nowhere to get an abortion.

10) Too hard to catch a Pokémon when you’re being fingered.