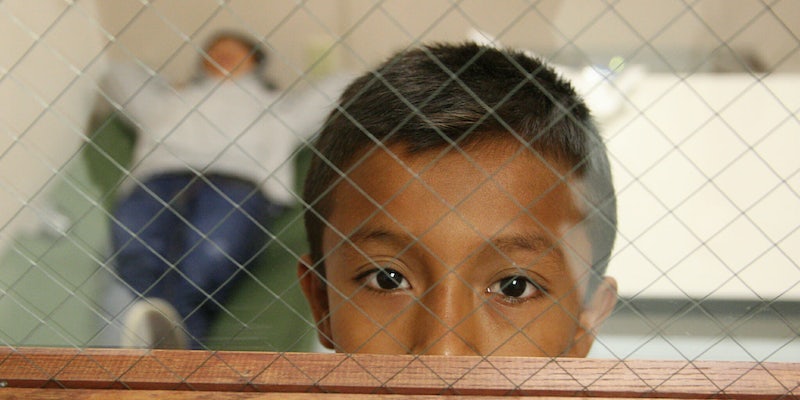 Officials are considering setting up shelters to separate children from their parents.

The Trump administration will be assessing military bases in Texas and Arkansas in the next two weeks with the intention of setting up shelters to house migrant children split up from their families. Critics say the practice harms families and inflicts more trauma on people fleeing gang violence in their home countries.

The Washington Post reported that an email notification sent to Pentagon staffers stated that the Department of Health and Human Services (HHS) will be visiting four military bases to evaluate suitability for child shelters. The email states that “no decisions have been made at this time,” and describes the visits as preliminary assessments.

The bases would hold minors under 18 who arrive at the U.S. border unaccompanied—or after the government separates the children from their parents. HHS is responsible for providing undocumented minors with foster care until they are placed in custody of another adult relative. Potential sponsors for minors are given background checks, and 85 percent of children are released to parents or other adult relatives already living in the U.S.

An anonymous HHS official confirmed the visits to the publication, stating that HHS has bed space to hold 10,571 children within 100 foster-care facilities. However, the facilities are at 91 percent capacity. The official said President Donald Trump’s crackdown on immigration could place thousands more children into foster care.

Military bases previously housed child migrants during the 2014 crisis, sheltering more than 7,000 children across Oklahoma, Texas, and California under the Obama administration. Previous HHS use of military bases have had little involvement from the Department of Defense, though it’s unclear whether troops could be assigned to the bases where children will be sheltered, the Post reported.