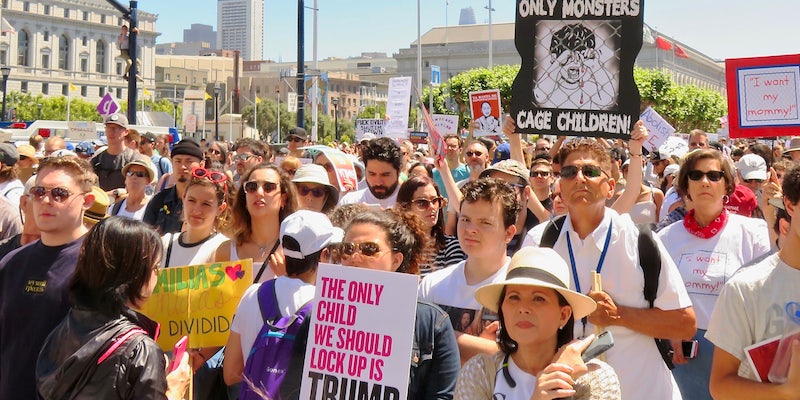 White men love criticizing everyone but themselves.

You know what’s messed up? White women voting in droves for the Republican Party, a party that loves to strip women of their rights and access to healthcare, a party that imparts racist policies and separates parents seeking a better life from their children.

Black voters, voters of color, and other minorities have every right to point out how messed up this is, as they stepped out in droves for Hillary Clinton, Beto O’Rouke, and other progressive candidates during elections where a lot was at stake. White men, though? Not so much.

And yet white men seemed quick to point out how O’Rouke’s Senate loss on Tuesday was white women’s fault, while refusing to call out the group predominantly responsible for President Donald Trump and now another six years of Ted Cruz. White men love attacking everyone but themselves.

According to preliminary exit-poll data of the national electorate, white voters who are 45 and older backed Republicans, along with white men overall. https://t.co/NwblpeyXHf pic.twitter.com/m3Ri507v9L

Granted, white women benefit from white privilege, and will often choose that privilege to throw everyone else under the bus in order to save their place in the hierarchy. That’s especially a problem when factoring in other forms of privilege that intersect with whiteness, like class and sexuality. In many races, white women voted for Republicans alongside their white male peers.

But the Republican Party’s success rides on white male privilege, not just white privilege. More than anyone else, it’s men who turn out to vote for Republicans, and the GOP needs them for wins. If progressive white men want to do their part to fight back against Trumpism and racist, sexist candidates, then they need to shut up, listen to their critics, and start talking to their fellow white men about their behavior and the repercussions of their votes. Hyperfixating on white women isn’t the solution, especially when plenty of white women know how to criticize their sisters with nuance and respect.

“I know it’s the trend to tweet about white women voting for Republicans like Trump and Cruz, but I also know the last people who should revel in doing so are white men,” Out editor-in-chief Phillip Picardi tweeted. “If you don’t see why, you’re missing the point that we’re still the biggest problem of all.”

The 53% of white women thing is funny and effective, but I worry that focusing mostly on the fuckups of white women implies that white men’s fuckups are acceptable or expected bc they don’t have a marginalized identity. That shouldn’t be.

For the record: I am NOT saying white people do not need be called out – I’m saying white men do this all the fucking time.

White men expect better of women than they do of themselves

good morning to everyone except the white men gleefully boarding the ‘can’t trust white woman voters’ train, knowing this is a great opportunity to mask their hatred for women with an entirely correct opinion

Yup. This has been my often silent complaint over the past two years. Y'all's number have always been worse, so, you were saying?

We White men must not use Black women's sense of betrayal to play out our misogyny https://t.co/PKC0Zjpadx

I wish that more white gay men would think critically about their white male privilege in this way. So few in the Bay Area do and it’s really harmful. https://t.co/yYZInCG6gK

While both are to blame, I will give this a big Amen because, as per usual, it’s the women who get rations of shit while men skate on by.

You're the first to admit it. Most guys don't want to give up a good thing, even if it's wrecking their country.

Others believe white men as a group are a lost cause, and that the marginalized (and those allies who support them) must band together to kick them out of power.

Shout out to black voters for attempting to save us all and a big fuck you to white voters who prefer racism over healthcare.

I don’t think it’s acceptable but I do think it’s to be expected. They’re most vested in white supremacy and will hold on for as long as they can. The appeal to WW is to get them to realize all systems of oppression (patriarchy + white supremacy) are interlinked. I hear this tho.

Unfortunately for the white men and women trying to hold onto their supremacy (and fortunately for everyone else), change is coming to America. Minnesota’s Ilhan Omar and Michigan’s Rashida Tlaib just became the first two Muslim women to be elected to the U.S. Congress; Sharice Davids and Deb Haaland will be the first Native American women to hold congressional seats. Women of color are leading the way to a new country, and if white men want to truly get on board, they have to look in the mirror and do just about anything besides point fingers.