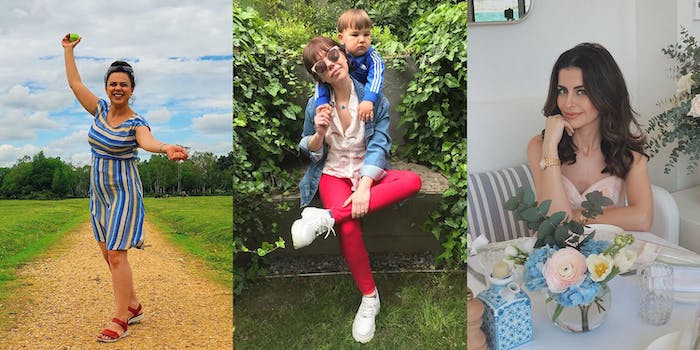 'If we don’t know something exists, we can’t even wish for it.'

Selena Pinar Isik’s timeline is one you’d expect from a mother and writer: It’s brimming with smiling photos of her child as she documents daily life. She shares snapshots of coffee shops and parks in her home city of Istanbul. Isik, better known as “Pucca” by her nearly 2 million Twitter followers, attained internet fame for her bubbly sense of humor and a book she created from her blog posts. And for a long time, her social media feeds lacked any trace of political commentary or discontentment.

But the Turkish influencer’s accounts have carried a different tone since her July arrest for tweets about the television show Narcos. Turkish officials sentenced Isik to six years in prison for “promoting drug use” with her tweets about the series, Foreign Policy magazine reported.

Some of Isik’s followers have suggested the arrest was retaliation for her support for the opposing candidate against President Recep Tayyip Erdogan in 2018. Since then, she has used her platform to decry corruption and injustice within the Turkish regime. It’s a dangerous venture. Isik posted an emotional Instagram story following the sentencing.

“If you watch the Narcos series and talk about [Pablo Escobar] here, you may get 5-10 years in prison-like me,” she wrote. “But don’t worry if you have bad habits such as violence, rape, harassment, theft of animal.”

In theory, social media is designed to let users around the world share their lives, personalities, interests, and opinions. But for women in some countries, taking part in this freedom of social media can mean pushing the boundaries of long-withstanding religious and cultural norms. Strict regimes that dominate nations like Saudi Arabia and Syria sometimes use deadly force to police political discontent or free thought. In harshly conservative regions, social media influencers must maintain a lifestyle of caution and consider every minute detail that goes into their accounts. Refusal to comply is an option, but hefty fines, prison, and death are consequences for noncompliance.

Heightened standards of modesty and sobriety are common in countries with Arab populations; moral values are strictly enforced by laws in countries like Iran, Saudi Arabia, and Pakistan, where alcohol consumption is illegal. The emphasis on modesty and gender roles is apparent especially in Iran’s compulsory hijab law for women and in Saudi Arabia, where there were restrictions against female drivers until 2018. Increasingly liberal nations such as the United Arab Emirates and Turkey are less legally restrictive but still largely confined to cultural influences and authoritarian governments.

Isik stands alongside other women who have pioneered the fight for online freedom. In 2016, Iranian police arrested eight women for posting photos of themselves without headscarves to Instagram and other sites. Christian Iraqi influencer Tara Fares was shot dead in the streets of Baghdad in September 2018. Just weeks earlier, two beauty experts, Dr. Rafeef al-Yassiri and Rasha al-Hassan, had died under mysterious circumstances in the city. Iraqi Interior Minister Qasim al-Araji blamed an unnamed extremist group for the murder of Fares, but there was never a convicted suspect. Iraqi authorities initially stated the death of al-Yassiri was a drug overdose and that al-Hassan died of a heart attack. Su’ad al-Ali, an Iraqi human rights activist, was gunned down in her car around the same time.

While many speculated radicals wanted to incite fear and make examples of the women through violence, the events sparked public outcry around the world.

Deeply concerned by reports that four female activists have been murdered in Iraq since mid-August: #TaraFares, Suad al-Ali, Rafeef al-Yasseri and Rasha al-Hassan. We must confront #ViolenceAgainstWomen at home and abroad. Iraqi authorities must fully investigate their murders.

Pockets of increased freedom are sprinkled throughout the Middle East in cities containing large immigrant populations. Nina Ali, a Dubai-based influencer, wears the same shorts and flowing dresses as she would in the U.S. She admits she is mindful of respecting the culture of the United Arab Emirates, though Dubai is seen as a liberal island.

“You just have to be mindful of what you’re posting, what you’re saying,” Ali told the Daily Dot. “I try to stay away from anything political.”

The spread of news, ideas, and cultural values are still able to penetrate borders through social media, allowing women under restrictive governments the chance to taste cultural norms elsewhere. Samaneh Savadi, an Iranian feminist and lawyer living in the U.K., became a strong feminist voice online with the goal of giving women the power to choose how to lead their lives.

“Social media is playing a big role,” Savadi told the Daily Dot. “If we don’t know something exists, we can’t even wish for it. [Iranian women] know that equality exists somewhere.”

“I began to think of how much fake information is being spread inside Iran,” Savadi said. “I decided to make my own community and talk more openly about what gender equality really means.”

The spread of news and ideas through the growth of social media is a contributing factor in the political unrest growing in numerous Middle Eastern nations. Authorities are struggling to maintain strong control in uncharted territory as they realize the power of media platforms. Pucca and Fares are just two of the most visible victims of censorship.

For women in Islamic states, social media is an opportunity to see the rights women have fought for and obtained elsewhere. Users are able to see strong female Arab influencers at the forefront of the rebellion, encouraging and guiding women to join on and offline, despite the costs.

Savadi says Arab women in restrictive societies often question her belief that women are equal with men and capable of holding powerful positions. But she believes her social media has influenced the lives of women who otherwise may have never been exposed to feminism or questioned their rights.

“After a while, I could see the difference in people,” Savadi said. “I could see my followers were taking steps in their families and societies and they really believed in themselves. They really wanted something more than what they have.”

Like Savadi, Isik is using her online platform to bring attention to the government’s oppression of free speech. As she awaits her final sentencing, the influencer is still using her online voice to speak out against injustice. The attempt to silence her may have given her an even greater audience and power to reject institutional injustices.

“I am very happy right now, God knows I lost hope at some point because I will not see five summers,” Isik wrote. “Now I’m more hopeful, I believe it will be beautiful. I will come out behind this ridiculous thing more powerful.”