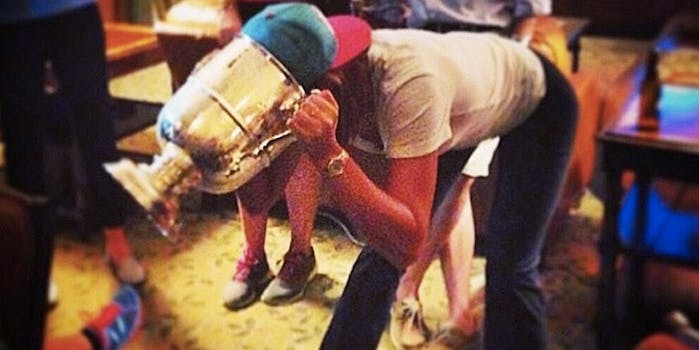 What would happen if a young golfer turned the game’s stodgy image upside-down by embracing conventions usually reserved for college dorms? You’d get Happy Gilmore, one of the best sports films ever made and a high-water mark for Adam Sandler. Or, um, Michelle Wie’s raucous celebration after taking top honors in the U.S. Open—the first major win of her career.

Wie started out by kissing her giant trophy.

From that moment on, she didn’t let the thing out of her sight.

All buckled in!!!!! #safetyfirst @Kia pic.twitter.com/H8rLRaKJ5H 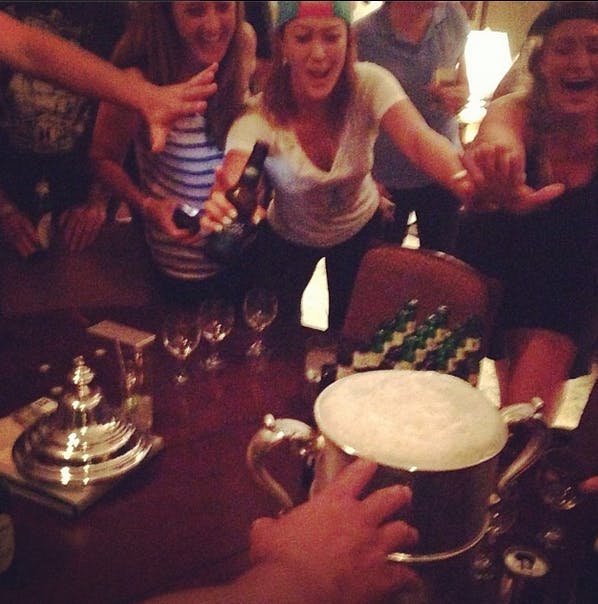 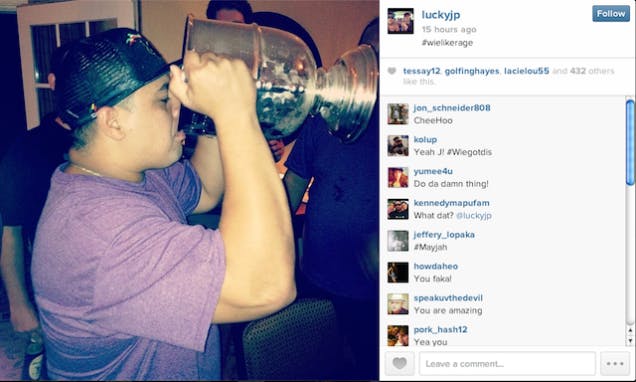 Eventually, as you might expect, some twerking occurred—and early attempts to take down the video proof were happily unsuccessful.

Watch out, Tiger Woods: this wildcat is gunning for your Nike deal.