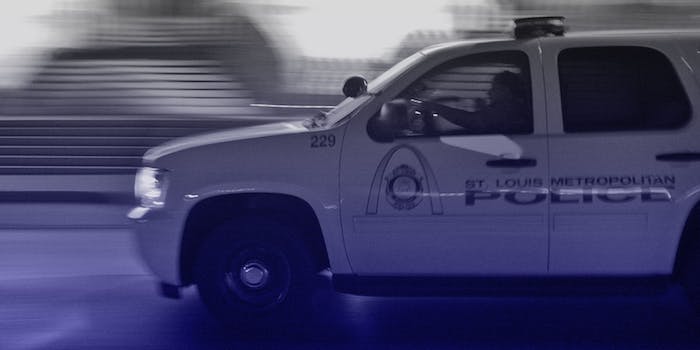 The Ferguson, Mo. shooter is now an online cult hero.

Nine days after he shot 18-year-old Mike Brown four times in the body and twice in the head, and three days after Ferguson, Mo., police released his name, officer Darren Wilson has found an online wellspring of support.

The movement for Wilson, a white officer who lived in a town about half an hour from where he shot Brown, has arrived.

T-shirts for sale on Teespring have a screen printed badge, proclaiming “Officer Darren Wilson/I stand by you,” morbidly accompanied by the date 8/9/14, the day he killed Brown. The proceeds on those $18 T-shirts are supposed to go to Wilson’s family.

A GoFundMe campaign associated with the T-shirts page is gathering money at a rapid clip, with mostly-anonymous donors giving in chunks of $25 and $50. It is not, however, immediately clear why Wilson needs the public’s money right now. “[T]he silent majority is on your side … especially now that the facts have come out,” one donator wrote. As of this writing, the fundraiser had received more than $7,000 of its $10,000 goal.

On Facebook, an “I Support Officer Wilson” page has skyrocketed to more than 22,000 likes since its creation in the hours after FPD announced Wilson’s name on Friday. Curated by several people who wish to remain anonymous, many of its posts aim to change the conversation about law enforcement to something less crticial. “Share with everyone what you think a policeman is,” says one post. The top comment’s response is “my next door neighbor. One of the families at my church,” an image in stark contrast with the militant patrolling of protesters in Ferguson in the past week.

Though the pro-Wilson movement is definitely here, it’s still dwarfed by people outraged by Brown’s death, lack of police transparency surrounding it, and subsequent heavy-handling of protesters and police. Only 217 shirts have been printed. And despite the Facebook page’s popularity, a scant 100 people actually attended a pro-Wilson rally it advertised for Saturday, local news station KSDK reported.