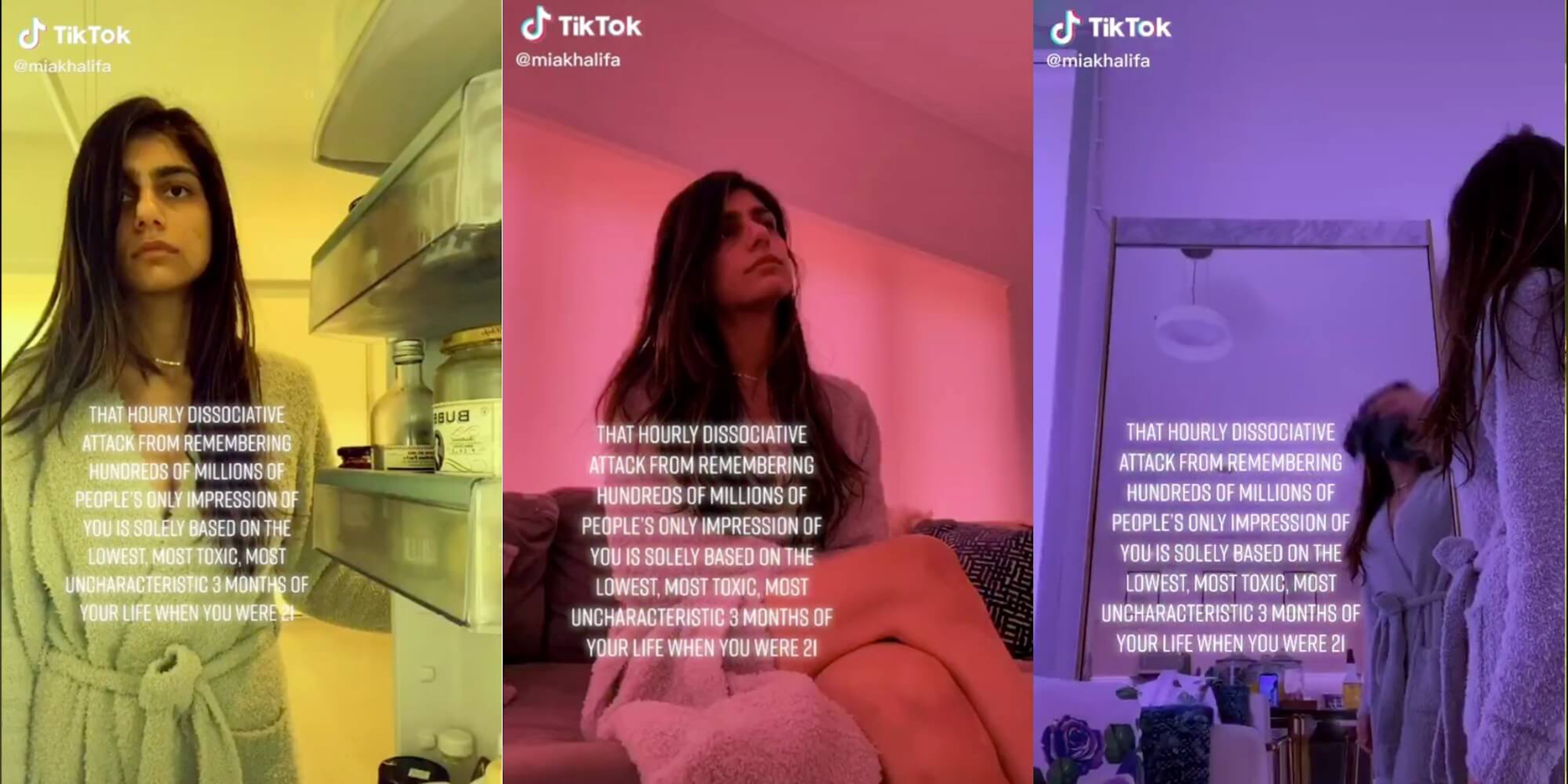 People uploaded screenshots of the comment on Twitter, writing that Khalifa only worked in the industry for three months and was “barely compensated for the amount of money her videos have brought in and has been shamed within our society.”

One person commented that Khalifa “deserves better,” and others shed light on the harassment Khalifa endures.

One person criticized others for objectifying Khalifa.

“I’M SORRY BUT PEOPLE WHO LITERALLY TREAT MIA KHALIFA AS AN OBJECT INSTEAD OF A LIVING BREATHING FEMALE WITH A STORY AND A FAMILY AND A PERSONALITY HAVE GOT TO GO,” the user wrote.

Khalifa wrote that she was surprised to see her name trending on Twitter and posted a list of ways she is impacted by her sex work, including increased death threats and lost sense of privacy.

Khalifa also wrote in an Instagram Story that she is “reeling from the level of love” many are showing her on Twitter.

“I…..am…utterly overwhelmed by the support from every woman on social media tonight,” Khalifa wrote. “And I don’t want to go to bed because I want to hug each and every one of you until I fall asleep.”

Khalifa wrote that “those 11 videos will haunt me until I die.”

“And I don’t want another girl to go through that,” she wrote. “Because NO ONE should.”

In a Friday TikTok, Khalifa wrote “that hourly dissociative attack from remembering hundreds of millions of people’s only impression of you is solely based on the lowest, most toxic, most uncharacteristic three months of your life when you were 21.”

Khalifa recently told Hero magazine that she does not own the trademark to her name, and the idea of “going against such a large conglomerate with such deep pockets” terrifies her.

“People just write women off when they complain about being taken advantage of by saying she’s a slut or a whore,” Khalifa said, per Hero magazine. “But it’s so much more than that, and there is a level of intimidation underneath it that they just do not understand.”

Khalifa’s team did not immediately respond to the Daily Dot’s request for comment.