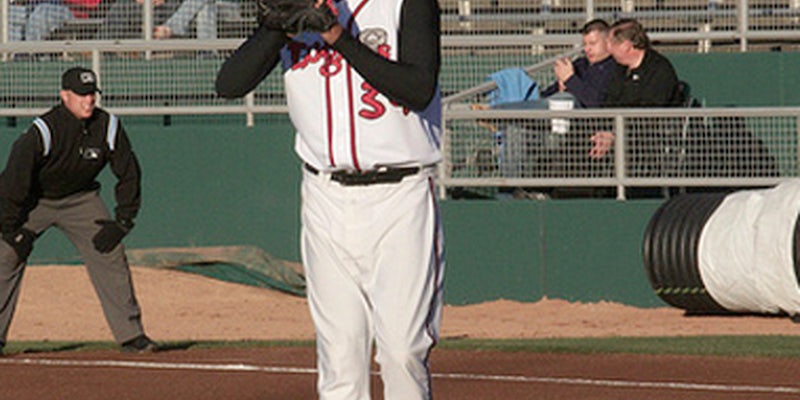 In his first press conference with the New York Mets, Noah Syndergaard apologized for making fun of a former teammate by using an anti-gay slur.

Newly drafted New York Mets pitcher Noah Syndergaard made a rookie mistake on Twitter by using a derogatory word and is now apologizing for it.

Prior to joining the MLB team, Syndergaard, 20, tweeted “nice crocs fag lol” to his former minor league baseball teammate Dayton Marze. The tweet, which has since been deleted, was posted earlier this month when Syndergaard pitched for the Toronto Blue Jays.

Syndergaard was acquired by the Mets in a seven-player trade with the Blue Jays, which sent Cy Young winner R.A. Dickey to Toronto in exchange. At a press conference call Tuesday announcing his acquisition by the Mets, Syndergaard called the incident a mistake.

“I had a mishap on Twitter that was brought to my attention this morning,” Syndergaard said, reports the New York Post. “I apologize for anything that was said. My buddy and I were having some fun and it was a poor attempt at humor.”

“I’m sorry for what I said. I hope I didn’t offend anyone. I’m also sorry my first introduction as a New York Met had to be like this.’’

Not everyone has accepted the apology. One NYC-based Twitter user wrote that Syndergaard “is not the kind of person we want in New York” and called the pitcher a “s**t head.”