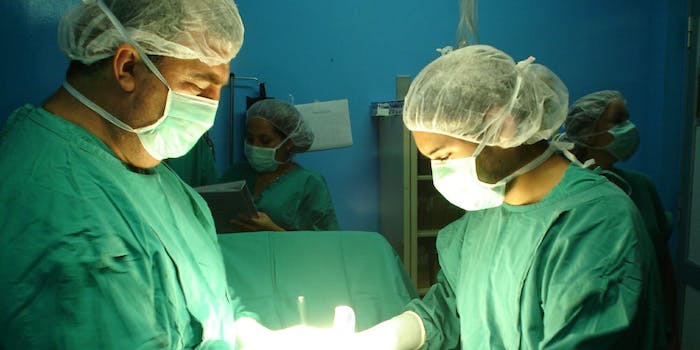 Women in medicine are asking for their #MeToo moment

Professors and doctors are reportedly taking advantage of women just starting their careers.

As #MeToo continues to tackle sexual harassment and assault in politics and Hollywood, survivors in other fields that often escape the media spotlight are ready to be taken seriously, too. Including women in medicine, according to a report from NBC News.

Published on Tuesday, the story details sexual harassment allegations from several nurses and doctors against coworkers and mentors at the start of their medical careers. In one case, a resident claims she was sexually harassed by an experienced trauma and burn surgeon while removing a skin graft. In another situation, a prodigy pediatric nurse practitioner experienced an invasive comment from her community college professor when she was only 14.

“It’s very hard to speak up,” nurse Teresa Goodell explained to NBC. “Sometimes nurses treat other nurses badly for pursuing harassment claims, and that’s just wrong. When you’re doing something like this, it’s so key that you have support, that you have people believe you, and if you don’t, it’s very, very hard to do because it’s an uphill battle the whole way.”

As for whether the medical industry will tackle #MeToo and demand accountability, that remains unclear. But change has already happened in other fields after survivors came forward with their stories. Numerous Hollywood bigwigs and actors have been fired, from Harvey Weinstein to most recently Transparent’s Jeffery Tambor. It just takes one step for a reckoning to begin.