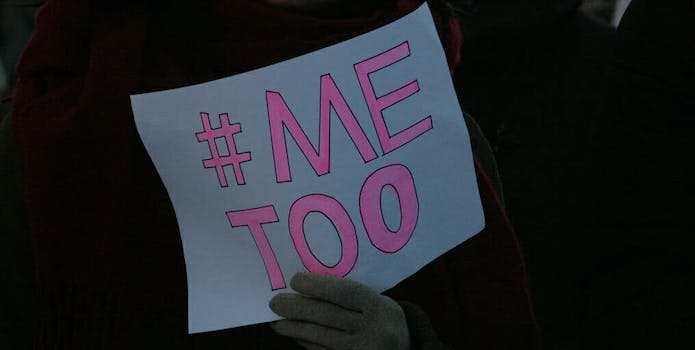 Earlier this week, the jurors who returned a unanimous guilty verdict in Bill Cosby’s sexual assault retrial released a joint statement denying that this was a victory for the #MeToo movement. It wasn’t about #MeToo, they said. “Not once” were such issues “ever discussed,” the statement read, nor did they “factor into our decision, as implied in various media outlets.”

Rather, they found Andrea Constand’s testimony compelling, especially when coupled with a 2005 deposition in which the disgraced comedian admitted to giving women quaaludes as a sedative prelude to sex. The only juror to have publicly revealed himself so far, one Harrison Snyder, 22, explained on Good Morning America that Cosby’s own words were the nail in the coffin.

While it’s perhaps possible that Synder was able to bypass the hashtag that has been tweeted many millions of times—maybe his mind was elsewhere when the defense mentioned the concept during closing arguments—is it plausible that all 12 jurors somehow escaped the seven-month-long conversation most of media has been having about sexual assault and gendered power imbalances?

I mean, this was not the first time we’ve heard Cosby’s words. Cosby first stood trial on three counts of aggravated sexual assault in June 2017, and the jury deliberated about precisely this deposition to determine whether or not they could accept Andrea Constand’s allegation that the actor sexually assaulted her in 2004. Constand, 45, has long maintained that the now-80-year-old invited her to his suburban Philadelphia home and, rather than give her career advice, gave her three unmarked blue pills he called “her friends” that caused her vision to go blurry and pass out; when she came to, Cosby was groping her genitals and positioning her hand on his penis.

What has changed, however, between the mistrial and now are a few key factors. For one, this was a brand new jury; two, the prosecution was allowed to call five corroborating witnesses who could help establish a pattern of behavior; and three, we find ourselves in the middle of what may be a cultural sea change.

The unmasking of Harvey Weinstein as a serial sexual predator kicked off a string of reports detailing sexual misconduct by powerful men, one that’s still unspooling. Under the hashtag #MeToo, mothers and co-workers began sharing their stories of harassment, assault, and coercion on Facebook to prove a point: Every woman-identifying human you know has experienced some form of gender-based discrimination at some point. And with the overwhelming weight of evidence, it seemed like women finally stood a chance of being believed.

1: After reading about the Cosby guilty verdict and thinking of the #metoo movement, I wonder if the jurors who found my attacker not guilty ever think of me and regret it. It's been 13 years since the trial. I remember it very clearly.

A few weeks ago, I spoke to trial consultant Marshall Hennington to see what he thought of the jurors’ assertion that they could set aside #MeToo and its lessons in weighing the evidence against Cosby. “We can all be persuaded by what we see and hear and read about a particular case,” he told me. Everyone is influenced by the culture they inhabit. Whether or not that influence dictates our actions is another story entirely.

As in the first trial, Cosby’s defense hammered on what they called inconsistencies in Constand’s testimony, painting her as an opportunist and a liar who was framing Cosby to get her hands on his fortune. Attorney Kathleen Bliss mused that supermodel Janice Dickinson sounded washed up and bitter: a “failed starlet” who “sounds as though she slept with every man on the planet,” according to the Washington Post. They questioned witness credibility; they victim blamed; they leaned into all the old rape myths, just as they had in the first go-round. Different team, same defense—except this time, they had the #MeToo movement to cite, and they characterized Cosby as just another innocent man being burned at the stake of public opinion.

But it didn’t work. In a fiery closing argument, prosecutor Kristen Feden summarized the case thus, per NPR: “The law makes it very clear. The uncorroborated testimony of the victim alone is enough to convict the defendant, so if you believe Andrea Constand, you need to convict.” And the jury did—according to Snyder, in part, because they rejected Cosby’s deposition assertion that slipping someone quaaludes was, in the 1970s, akin to having a relaxing drink.

Is it possible that something happened in the intervening 11 months since Cosby’s last trial that it has finally sunk in that drugging someone for sex is wrong? Perhaps.

All along, Cosby’s justifications have been that he always believed the sex he had to be consensual; that the quaalude heyday constituted different times. Incidentally, that’s roughly the same argument Weinstein made in his non-apology: “I came of age in the 60’s and 70’s when all the rules about behavior and workplace were different. That was the culture then.”

But that line of reasoning no longer holds water, as people wake up to the fact that the “culture then” erroneously imbued men with the power to do whatever they hell they pleased, to whomever the hell they pleased. The culture then painted women as objects at men’s sexual disposal. The culture then was one in which men could legally rape their wives, coerce sex from subordinates, make or break careers on the currency of a casting couch.

I’m not prepared to say that any of this has changed entirely, but certainly the edifice of these outmoded gender norms is crumbling. Not only are victims of sexual harassment speaking up, people are listening. Last year, Constand sat in the witness box and told the same story she’s been telling. It was not enough. This year, it was. Perhaps because we’ve heard some version of it repeated by women the internet over these past seven months.

I can see where the idea that they relied on anything but the facts presented in court would cast doubt on jurors’ ability to do their jobs, and why no one would come rushing forward to suggest the trial was anything but impartial. But that wasn’t really what was happening with all the coverage claiming a #MeToo victory—and certainly, there was a lot of it. No, that sense of having prevailed was more about women telling the same story they’ve been telling for years, and finally being believed.

I’d say those of us who believe in victims’ rights can still claim a victory here: Even if the jurors themselves don’t want to tie themselves to a movement, that movement does seem to be changing the culture we inhabit—at its base, the hashtag’s sole goal was to communicate that sexual harassment, violence, discrimination affect all of us. I think it’s done that: Whether you are joining in or not, it’s impossible to ignore the message sent by the sheer volume of so many shared experiences.

It’s not a #MeToo victory because the movement mounted a battle and won, it’s a victory because minds seem to be changing—even when their owners don’t realize it. Which might be the most meaningful victory of all.