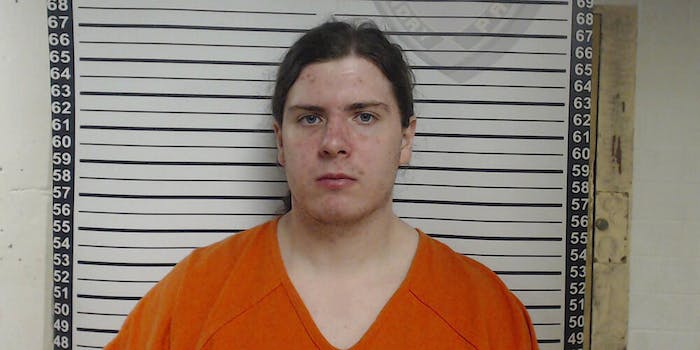 He faces a minimum 10-year sentence.

Holden James Matthews, the 21-year-old son of a sheriff’s deputy and aspiring black metal musician, changed his not guilty plea to guilty on Monday. According to the U.S. Attorney’s Office for the Western District of Louisiana, Matthews is charged with intentionally setting fire to three Baptist churches and violating the Church Arson Prevention Act.

Matthews burned down three Baptist churches in the Opelousas, Louisiana, area during a 10-day period last spring. No one was harmed in the fires, but the buildings were destroyed.

According to the attorney’s office, Matthew’s set fire to the churches because of their “religious character,” stating that he wanted to raise his status in the black metal community. He also admitted to posting videos and pictures of the burnings to Facebook.

“Today, the defendant has taken responsibility for the burning and destruction of three of our churches,” U.S. Attorney David C. Joseph said in a statement. “The freedom to safely congregate and worship in our churches is a fundamental right of all Americans and will be vigorously protected by my office and our law enforcement partners.”

Matthews is set to be sentenced this spring and faces a minimum 10-year sentence.

“Holden Matthews made a conscious decision to randomly target and destroy churches within his own community,” FBI Special Agent in Charge Bryan Vorndran said in a statement. “His atrocious actions inflicted severe pain and grief upon these congregations, as well as all of St. Landry Parish.”

According to ABC News, $2 million dollars were raised via a GoFundMe campaign to help rebuild the churches.