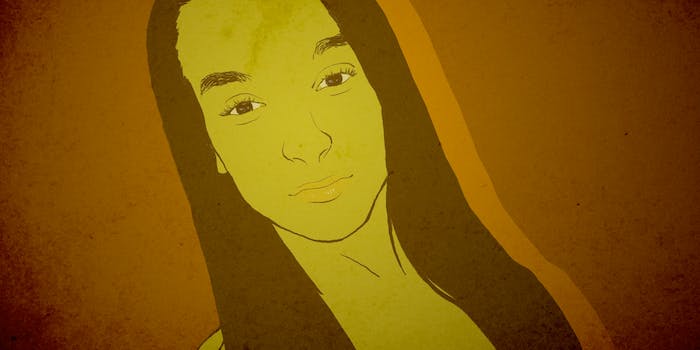 Justice at last or just too many people in prisons?

On Tuesday, Josh Vallum pled guilty to the murder of 17-year-old Mercedes Williamson in an Alabama circuit court. He was sentenced to life in prison.

But the case—and its visibility—is much more complicated than that. Williamson was a transgender teen—and a life sentence for her killer marks a departure from a long series of transgender murders that remain unsolved.

During the trial, witnesses disputed what motivated Vallum to kill Williamson, but, at its center, it had to do with her transgender status.

It may have also been the result of domestic violence. According to the Sun Herald, Vallum tried to use a “panic defense” in court, stating that he barely knew Williamson and attacked her the minute he learned she was trans. But Williamson’s roommate testified that the two were a couple who spent many nights together at her trailer and went to parties together—and they were both highly aware that things could take an ugly turn if Vallum’s fellow Latin Kings gang members discovered he was dating a trans girl.

According to testimony, in May 2015, eight months after breaking up with her, Vallum picked up Williamson in a car and drove her to a secluded location to stab and then hit her with a hammer until she died. Vallum was afraid the secret would get out, said District Attorney Tony Lawrence.

Online, members of the transgender community reacted largely with surprise and relief at the lengthy sentence, noting that many murders of transgender women have gone unsolved in recent years.

In Reddit’s r/transgender forum, one user commented, “Wow, someone actually went to prison for a large amount of time for trans bashing. Almost never thought I’d see the day.” Others expressed hope that federal hate crime charges would be added on: “I want these attacks to be recognized as what they are…hate crimes are a felony with harsher punishments and no possibility of parole.”

The Sun Herald, which first broke the news that Williamson was transgender—she had been living as a girl since age 14—reported that FBI agents and attorneys from the Department of Justice’s Civil Rights Division attended the hearings. Hate crime charges are likely the reason for the continued federal investigation.

But while some in the trans community celebrated the life sentence, others were skeptical. On Facebook, genderqueer activist Addison Rose Vincent suggested that putting Williamson’s killer in prison for the rest of his life doesn’t really help anyone in the long term.

In response to a Daily Dot prompt on Facebook, several trans people shared their thoughts on Vallum’s “trans panic” defense and sentencing.

“I don’t see any good reason to bring federal hate crime charges against him, especially if it means he would face the death penalty,” said Moxie Peever via Facebook.

“Vallum is already going to be in jail for the rest of his life, and I oppose the death penalty under all circumstances,” Peever wrote. “Justice has already been served here. The FBI should be turning their resources to one of the other trans murders.”

Erin Rook, who contributes to the LGBTQ Nation news site, said that the coverage around Williamson’s death was often inaccurate.

“It’s disappointing to see major media outlets calling their relationship ‘homosexual,’ questioning the victim’s identity while simultaneously focusing on it,” Rook wrote in a direct Facebook message to the Daily Dot.

Referring to the relationship between Williamson and Vallum as “homosexual” is seen as inaccurate in the LGBT community. The majority of men who date transgender women describe themselves as heterosexual—but being incorrectly seen as “gay” results in so much stigma that actress Laverne Cox remarked in June 2015, “Most men who are attracted to and date transgender women are probably stigmatized more than trans women are.”

Several media outlets, including the Washington Post, referred to Williamson by her “deadname,” a transgender person’s name given at birth—the use of which alone is often seen as an act of disrespect to a person’s gender identity.

In a phone conversation with the Daily Dot, Elizabeth Marie Rivera—a member of New York’s vogue ballroom community who’s also known as Elizabeth Ninja—expressed complex emotions about the sentencing, and said that it raised questions about whose cases were deemed worthy of resolution while others remained unsolved. In many cases, like CeCe McDonald’s and Eisha Love’s, transgender women who report attacks or try to defend themselves are often then arrested and jailed by the very police who are tasked with protecting crime victims.

“It’s a double-edged sword: At least something was done, but at the same time it doesn’t heal that pain,” Rivera told the Daily Dot.

“I started thinking about all my black and brown transgender sisters, and how their cases lay cold,” said Rivera. “Why does this case suddenly get this outcome? Was it because he was affiliated with the Latin Kings? Is it because Mercedes was white?”

Rivera was careful to explain that everyone mourned the death of Mercedes Williamson; no one murder of a transgender woman is felt with more or less impact in the community. But at the same time, it was hard not to see issues like race and gang membership as possible influencing factors in the case. It was also hard not to wonder: If law enforcement is suddenly taking an interest in solving the murders of trans people, what happens to the countless unsolved cases of the past?

“Those that haven’t been dealt with adequately or dealt with at all, they need to be revisited,” Rivera said. “Because of all the visibility, I am seeing the changes, but it’s hard not to sit in this space and feel like now we’re finally being acknowledged after all these years of chaotic audacity and this blatant disregard for justice.”