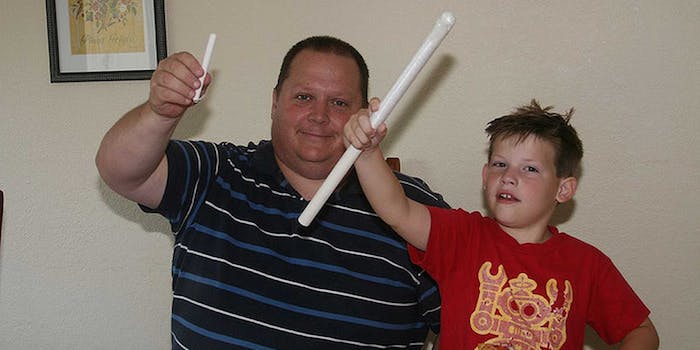 There's hope for them yet.

While women might look at their boyfriends or their husbands or their dads and think, “Psh, that chump knows nothing about the inner-workings of my body,” a new study finds that maybe we owe them a bit more credit.

A teenager named Jose Garcia rocked Instagram back in April with a selfie of him holding up menstrual pads, a message to his fellow males to be mindful of the monthly struggle and the hashtag #realmensupportwomen.

“If you have a girlfriend or are friends with a girl, u should know that they do not always have tampons or pads on them, or that sometimes their period just hits them without notice and have a bit of a problem finding one,” Garcia wrote.

“We should support them with this, after all, we don’t have to go [through] all they they do because of menstruation, so it’s just logical that we help them.”

The wisdom of this 15-year-old inspired the people behind fertility app Kindara to see just how much men actually understand about their female counterparts’ reproductive systems. And the good news is that, according to the study, they know more than you’d think! 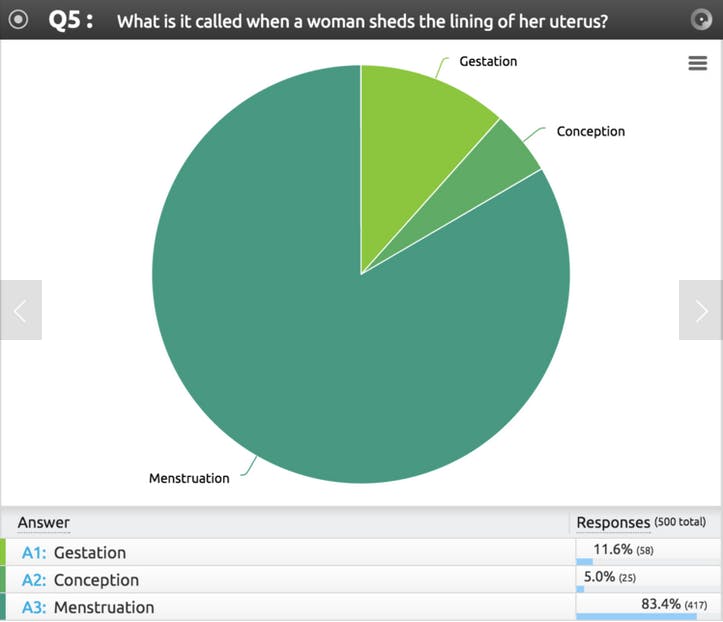 Kindara surveyed 500 participants between the ages of 18-65 on their knowledge about basic women’s health stuff. A whopping 82 percent of men knew that sperm can live inside a woman’s body, and an even more impressive 92 percent knew that women are most fertile during ovulation. And 74% knew that the average woman gets her period at 12. Not bad, men.

Not surprisingly, millennial males were the most knowledgable, the survey found.

Kindara caught up with Garcia, the inspiration behind the survey, who said “Because they are ignorant or disgusted, they [boys] make fun of the girls about their periods.”

He also indicated that he’s hopeful for the future of his kind. “With the amount of support that I received around my statement,” Garcia told Kindara, “I actually believe that my kids’ generation will be open to discussing menstruation and it will be considered a normal topic.”