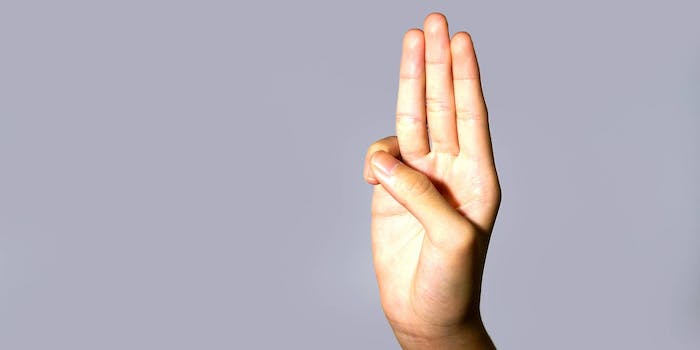 Movement grows to keep Melania Trump out of the Girl Scouts

In 1917, First Lady Edith B. Wilson became the first honorary national president of the Girl Scouts, and it’s been an honor bestowed on every first lady since then. Now the job is set to go to Melania Trump, and one petition is calling that “absolutely unacceptable.”

“This tradition should be revised immediately because there seems little about Melania Trump’s actions and behavior that reflect the values of Girl Scouting,” writes Sharma Gaponoff, the author of the petition and lifetime Girl Scout member. “Endorsing Melania Trump as the President of Girl Scouts will delegitimize and trivialize all that Girl Scouting has accomplished in the past 104 years and places the future of Girl Scouting in extreme jeopardy.” The petition has over 3,200 signatures so far.

Gaponoff hasn’t returned the Daily Dot’s requests for comment as of this posting, but she lists several reasons why Trump is a poor role model for Girl Scouts, such as her plagiarism and lying about her college education.

She also says Trump is promoting the objectification of women because she posed nude for men’s magazines, and that she “promotes violence” by having posed in a bikini while wearing handcuffs. By posing nude, the argument seems to be, she is inherently an unfit role model.

The petition will ultimately be delivered to Girl Scout Interim CEO Sylvia Acevedo, who is quoted as saying the Girl Scouts leadership must “model the kind of respectful leadership we encourage in them and hope for in our leaders.” While many have pointed to numerous reasons Melania Trump makes a questionable fit for the role—such as her being a part of the Trump administration, which has been openly hostile to women’s equality, racial justice, and environmental protection—others have noted that slut shaming doesn’t need to be a part of the criticism.