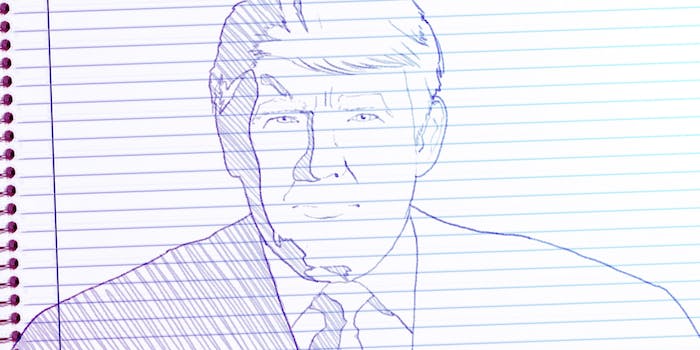 'This is a tough business, and it's time now to move forward.'

“You may have heard there was a dust up-between yours truly and presidential contender Donald Trump,” Kelly said on her Fox show Monday night. “Mr. Trump was upset with a question I asked him at the debate last week about his electability, specifically comments he has made about women. Apparently, Mr. Trump though the question I asked was unfair and that I was attacking him. I felt he was asked a tough, but fair, question. We agree to disagree.”

During the first GOP debate of the 2016 cycle, Kelly asked Trump a pointed query about his history of making disparaging comments about women, recounting a litany of Trump’s insults like “fat pigs” and “disgusting animals.”

Trump, who responded with a joke about Rosie O’Donnell, earned bipartisan criticism for his performance. But the real-estate mogul then took to the airwaves over the weekend to attack Kelly personally. He insisted that he was the one who was owed an apology and implied, in an interview with CNN‘s Don Lemon, that Kelly only asked such an aggressive question because she was on her period.

Trump also retweeted a tweet calling Kelly a “bimbo” and then deleted it.

On Monday, Kelly was adamant that Trump hadn’t intimidated her.

“Mr. Trump is an interesting man who has attracted attention from the electorate; that’s why he’s leading in the polls,” she said. “Trump, who is the front-runner, will not apologize. And I certainly will not apologize for doing good journalism. So I will continue doing my job without fear or favor. And Mr. Trump will, I expect, continue with what has been a successful campaign thus far.”

“This is a tough business,” Kelly added, “and it’s time now to move forward.”

While Fox’s moderation of last week’s GOP debate received plaudits from across the political spectrum, Trump’s response to Kelly has triggered a backlash among some Republicans. Conservative pundit Erick Erickson, who runs the influential blog RedState, rescinded Trump’s invitation to a gathering of right-wing activists in Atlanta later this month.

“I just don’t want someone on stage who gets a hostile question from a lady and his first inclination is to imply it was hormonal,” Erickson wrote in a blog post on Friday. “It just was wrong.”