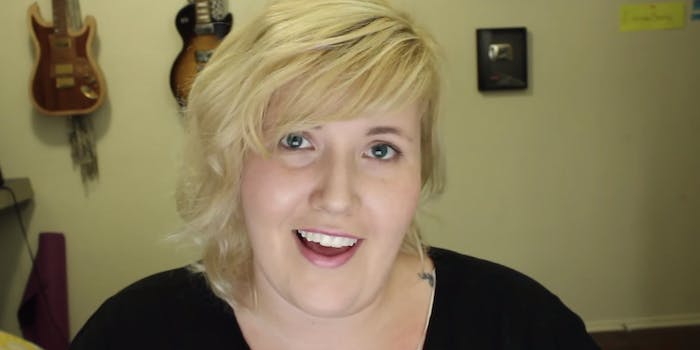 Did Instagram remove this woman’s butt selfie because of her weight?

The butt selfie—or belfie, as the cool kids call it—is something of a time-honored Instagram tradition. (See: any photo on Kim Kardashian’s Instagram account, or the career of “butt selfie” queen Jen Selter.)

But when musician and vlogger Meghan Tonjes took a butt selfie a few weeks ago, Instagram removed the image on the grounds that it violated their community guidelines. Now, Tonjes is questioning whether Instagram’s objection to the photo had less to do with the content of the image itself, and more to do with her weight.

On Monday, Tonjes recounted the incident on her webseries, “F.A.T.” (Frequently Asked Tonjes), explaining why she posted the image.

“I have no shame, I’ve posted photos along my weight loss and transformation of me in gym clothes, in underwear, just photos of parts of my body that I’m super happy with and I’m super proud of and I’ve embraced getting older,” she says in the video. “I have pride for my curves. My still very fat body, I like a lot.”

Apparently, however, Instagram disagreed, sending Tonjes an email saying that the image had been flagged for inappropriate content. For the record, this is the image that Instagram deemed inappropriate. While it is perhaps somewhat more revealing than the majority of belfies on Instagram, it doesn’t seem like an explicit violation of Instagram’s terms of service, as Tonjes is, in fact, clothed: 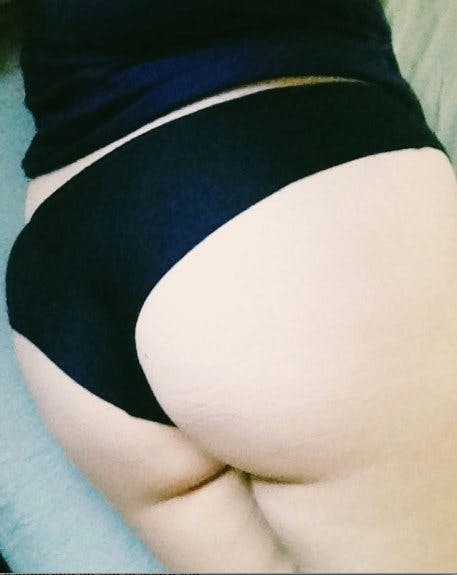 In the video, Tonjes voices her frustration with Instagram’s unclear community guidelines. She also points to what she sees as a double standard on most social media platforms, asking why photos of thin women in bikinis and underwear are allowed on sites like Instagram and Tumblr, while similar images of plus-sized women are not. Tonjes also experienced a similar issue on Tumblr last year, after a photo of her in a sports bra and underwear was flagged and removed.

“I made the video to bring awareness to the lack of customer service for Instagram,” Tonjes told The Huffington Post via email. “I also made it to address how we see a thinner woman wearing a bathing suit or underwear and we find that normal, but when we see a larger body we shy away from it. I used to be 320 pounds, so it’s important for me to share the changes my body has gone through and show other women that it’s okay to feel comfortable with themselves.”

Since Tonjes posted her video on Monday, it’s garnered nearly 100,000 views. It also attracted the attention of Instagram itself, with the company issuing an apologetic statement to Today.com on Wednesday.

“We try hard to find a good balance between allowing people to express themselves creatively and keeping Instagram a fun and safe place,” a spokesperson for Instagram said. “Our guidelines put limitations on nudity and mature content, but we recognize that we don’t always get it right. In this case, we made a mistake and have since restored the content.” Score one for the body positivity movement, and for belfie takers/butt lovers the world over.