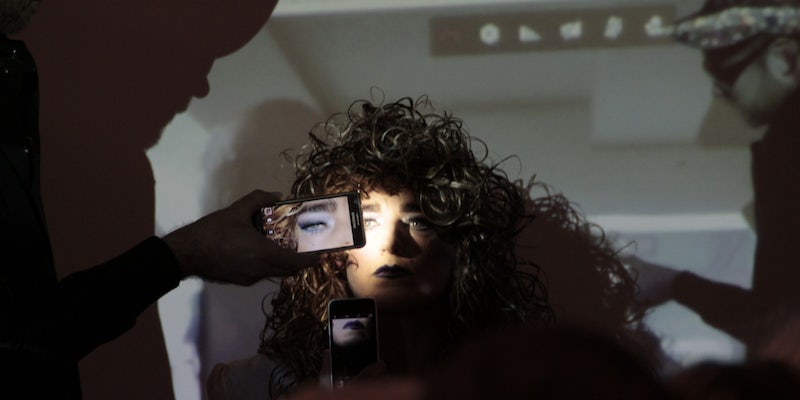 Photo via Keith Byers/Flickr (CC BY 2.0)

After I read the part which said I had made content available to minors, I had a panic attack. I was sick to my stomach at the thought of someone underage having access to my clips. I instantly saw my name on the sex offenders register, me writing to my family from prison.

She was investigated last year under Rule 11 of the Audio Visual Media Service Regulations, which state that if a website contains “material which might seriously impair the physical, mental or moral development of persons under the age of eighteen, the material must be made available in a manner which secures that such persons will not normally see or hear it.”

The news raises some major questions: Is there any way to control what people see on the Internet without invading privacy, and—especially in cases like Megara Furie’s—when does “think of the children!” become a pretext for censorship?

The [government] do not appear to have a real idea how to achieve the ‘robust age verification’ system they’re talking about, and there’s a good reason for that: it’s really difficult!

Those tech-savvy enough to get around ID-verification software are most likely to be in or near the very age group the government is seeking to protect.

The other option would be to verify names and addresses via the electoral register, a government record of all adults living in the U.K. However, Bernal describes this approach as “incomplete and inappropriate”: Adults have the right to opt out of the “open” version of the register, of which any company can buy a copy (this author always opts out to avoid reams of junk mail). The full version of the register can only be viewed by police in criminal investigations, local and national government for electoral purposes, and for credit checks by banks and loan companies. Porn sites don’t fall under any of those usages, so the U.K. government would either have to rewrite the law on how the electoral register can be used, or accept that it could only verify the ID of those unconcerned enough with privacy to feature on the open register.

Critics of these filters, including Bernal, point out that they result in inaccurate “over-blocking,” whereby non-pornographic sites that discuss sex education or LGBT issues end up censored, disadvantaging teens who are seeking useful information. Indeed, this author’s own blog (which contains no images and mostly consists of theoretical discussions around gender and sexuality), regularly gets blocked by U.K. “family” filters.

The U.S. has no equivalent law to what the U.K. is proposing, probably because any attempts to do so have inevitably fallen foul of the First Amendment. The Child Online Protection Act (COPA) of 1998 required all distributors of “material harmful to minors” to restrict their sites from minor access, but was declared unconstitutional by the U.S. Supreme Court in 2009.

Many feel the U.S.’s lack of regulation is the preferable option. In an email to the Daily Dot, Shira Tarrant, academic and author of forthcoming book The Pornography Industry: What Everyone Needs to Know, wrote:

Both Blake and Megara Furie opted to shut down their Web-based businesses rather than try to take on the well-funded and powerful censors (although Blake is still awaiting the outcome of an appeal); Furie concluded:

there has to be a spin put on any bold move to ensure compliance and support and in this case the spin was ‘think of the children’. I do believe there is a level of protective intentions but unless they go after tube sites and start placing some onus on parents to protect their own children from over-18 content. . .then I am still fairly skeptical.

Photo via Keith Byers/Flickr (CC BY 2.0)