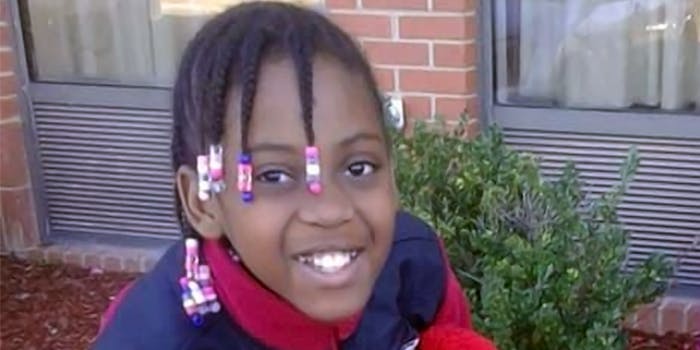 The bullying was reportedly about her friendship with a white boy.

The family of a 9-year-old Black girl is speaking out about racist bullying after she was found dead in an apparent suicide.

McKenzie Nicole Adams was found in her Alabama home by her grandmother on Dec. 3. Police have not yet confirmed the cause of death, but the family has come forward to say that Adams took her own life, pushed to that point by bullying classmates at U.S. Jones Elementary School.

Eddwina Harris, Adams’ aunt, spoke to Tuscaloosa News about the loss of her niece. According to Harris, Adams had been the target of bullying from a group of her classmates since the beginning of the school year. Harris said the bullying was ongoing, and much of it was centered around Adams’ friendship with a white boy in her class.

“She was being bullied the entire school year,” Harris said to Tuscaloosa News, “with words such as ‘kill yourself,’ ‘you think you’re white because you ride with that white boy,’ ‘you ugly,’ ‘black b-tch,’ ‘just die.’”

So far the police have been unable to secure her autopsy report from the coroner. The Demopolis City School System attorney Alex Braswell said in a statement to NBC that the district is “cooperating with the Demopolis and Linden Police Departments in their joint investigation of this incident.” He also said the district will continue working to be a safe space for children, and passed on condolences to Adams’ family, saying, “The Demopolis City School System does extend its heartfelt wishes and condolences to the family, friends, students, and teachers that have been affected by this tragedy.”

Adams’ family described her as a smart and outgoing young girl who loved to travel and visit family members. She loved mathematics and science and wanted to be a scientist when she grew up.