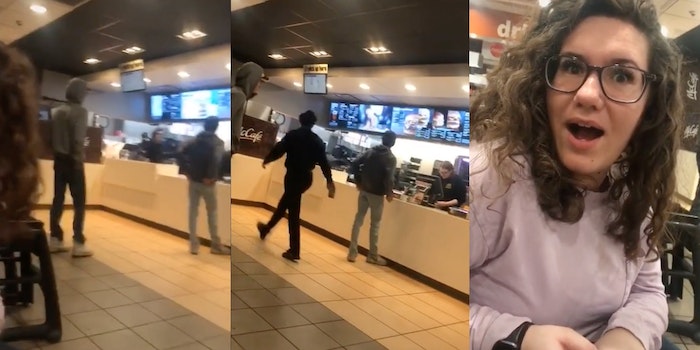 Friends who were filming themselves for a TikTok video at a McDonald’s in Rockford, Illinois, accidentally captured a very dramatic scene of an employee getting fired.