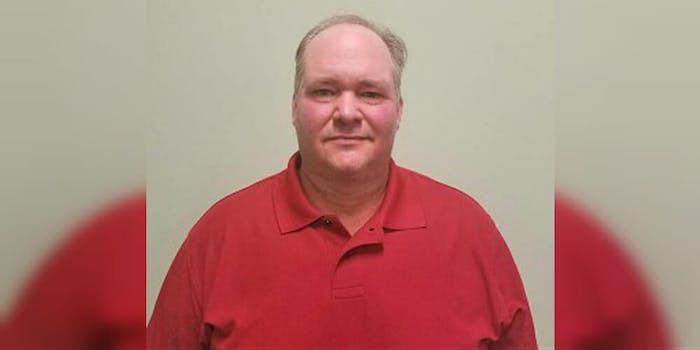 Alabama mayor says of the LGBTQ community: ‘Kill the problem out’

‘With out (sic) killing them out there’s no way to fix it,’ he wrote.

Mark Chambers, the mayor of a small town in Alabama, is facing heavy scrutiny and backlash after he wrote a comment on Facebook that many interpreted as him advocating for mass violence against the LGBTQ community.

That was enough to upset many of the constituents in his small town of fewer than 2,000 people, but Chambers took it even further.

According to the local Fox station, WBRC, which got screencaps of the post and comments before they were deleted, a friend of Chambers wrote, “I hate to think of the country my grandkids will live in unless somehow we change and I think that will take a revolution.”

The mayor replied, “The only way to change it would be to kill the problem out. I know it’s bad to say but without killing them out there’s no way to fix it.”

It’s hard to see how this comment can be interpreted as anything but supporting mass targeted violence against minorities, in particular, the LGBTQ community.

When Chambers was confronted by WBRC about his comments he initially claimed that they weren’t made by him, then that he didn’t say anything about killing gays. When the comment was read to him, his response was, “That’s in a revolution. That’s right! If it comes to a revolution in this country both sides of these people will be killed out.”

There was strong backlash both online and from people within the community. WBRC reported neighbors saying Chambers had brought shame onto their small town, and a city council member said Chambers has been asked to resign. Multiple LGBTQ advocacy groups have called for action, and some people believe he should be investigated for instigating violence.

"Carbon Hill Mayor Mark Chambers recently endorsed and defended his own social media posts in which he called for LGBTQ people to be killed. This is horrifying, unconscionable and unacceptable." – @HRC's Meghan Kissell https://t.co/Lh7DQoWO1w

The Mayor of Carbon Hill Alabama, Mark Chambers, has argued for gays/LGBTQ to be killed, as that's the "only way to solve the problem". Hitler did the same to gays in Nazi Germany (To learn more google "Pink Triangle").
No one's safe from fascists. They come for us all in the end pic.twitter.com/n8ySLqPBck

Chambers posted an apology, claiming his comments were taken out of context, but also saying, “I know it was wrong to say anyone should be kill[ed].”

The apology has since also been deleted.