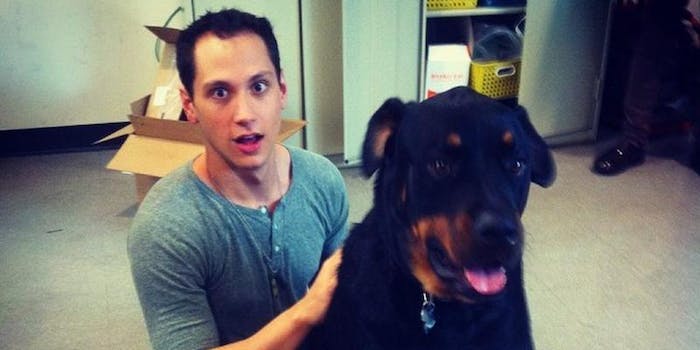 Actor Matt McGorry, who plays the lovesick corrections officer Bennett on Orange is the New Black, makes the ladies swoon off-screen even more than he does on television. But it’s not because of his hyper-muscular physique. It’s because he’s an outspoken ally to all women—trans women included.

McGorry, who self-identifies as a feminist and frequently writes and speaks about feminist issues, tweeted a few short statements yesterday about Caitlyn Jenner that showed cisgender men everywhere how to be an awesome trans ally.

Cisgender- a person whose self-identity conforms with the gender that corresponds to their biological sex; not transgender.

And as always, I'm no expert on "this stuff". Just trying to learn and pass it on without sounding like an ignorant asshole. Love youz.

McGorry went on to suggest that he’s received some backlash for these statements, referring to hateful commenters as “intolerant doodyheads.” But for the most part, it seems like he’s received support and praise from fans for his tweets.

This is far from the first time McGorry has been vocal about his feminist beliefs. Last April on National Equal Pay Day, McGorry penned a frank, 900-word Facebook essay about the subtle forms of sexism that prevent women and girls from reaching their full potential, as well as the complexities of identifying as a male feminist.

In May, McGorry was interviewed by Mic’s Liz Plank for a video segment on feminism, in which he said: “Being masculine doesn’t exclude me from wanting gender equality.”

Wanting to achieve gender equality doesn’t preclude McGorry from being fiiiiine, either, as evidenced by this College Humor skit in which McGorry gives viewers a little taste of his “audition” for the sequel to Magic Mike. Enjoy.