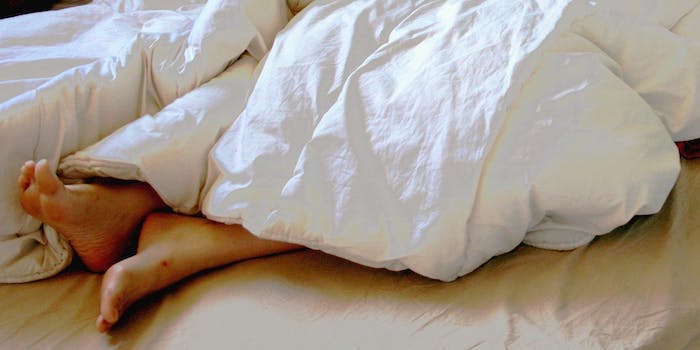 How do your self-love habits stack up? 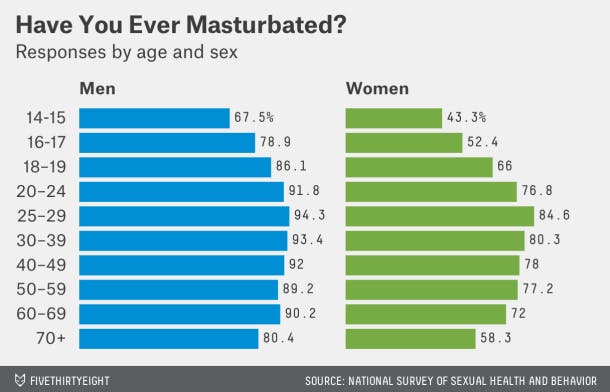 When Five Thirty Eight crunched the numbers about how often men and women masturbated, however, it started to get more interesting: 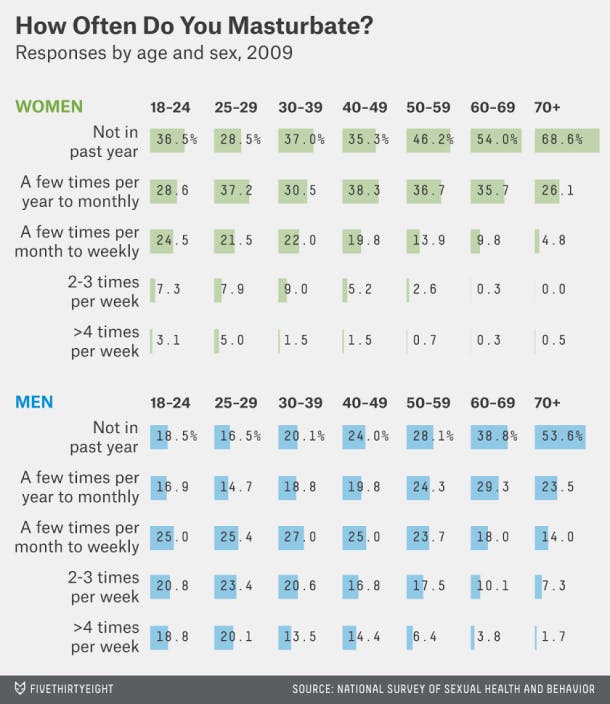