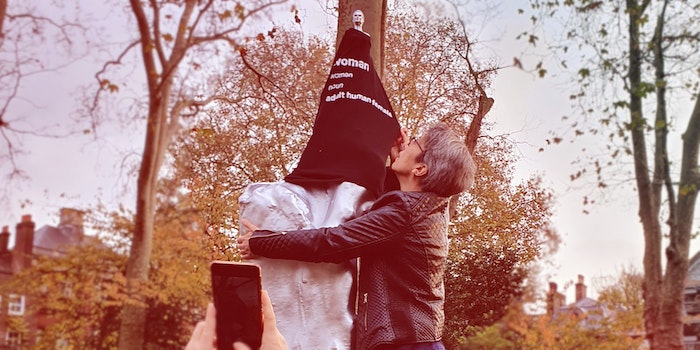 TERFs defaced the Mary Wollstonecraft statue. It’s a warning for the future

TERFs want your anger. Don't give it to them.

London’s new Mary Wollstonecraft statue is not a great look. The monument, designed by British artist Maggi Hambling, doesn’t actually depict Wollstonecraft. Rather, it offers a nude, seemingly cisgender woman that “personifies a spirit” left in Wollstonecraft’s wake, as the Guardian paraphrases Hambling. It’s been widely panned by feminists online and generally considered an objectification of women rather than a celebration of them.