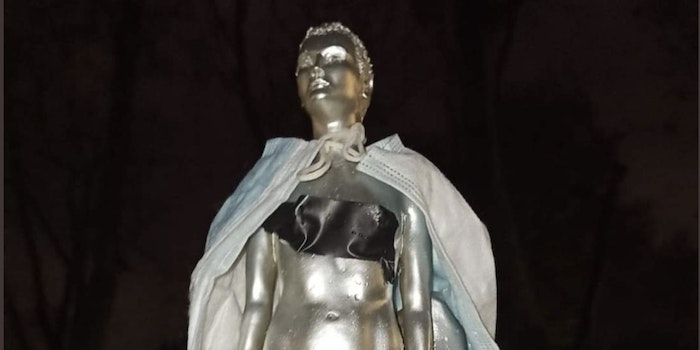 'It's a shocking waste of an opportunity that can't be undone. But hey, tits!

Famous 18th-century writer Mary Wollstonecraft, often hailed as the mother of feminism, was commemorated with a statue in England on Tuesdsay. But unlike most public figures memorialized in this way, the statue doesn’t depict Wollstonecraft herself. Instead, sculptor Maggi Hambling produced a small female nude atop a pillar made from swirling, abstract female forms, titling her sculpture “For Mary Wollstonecraft.”