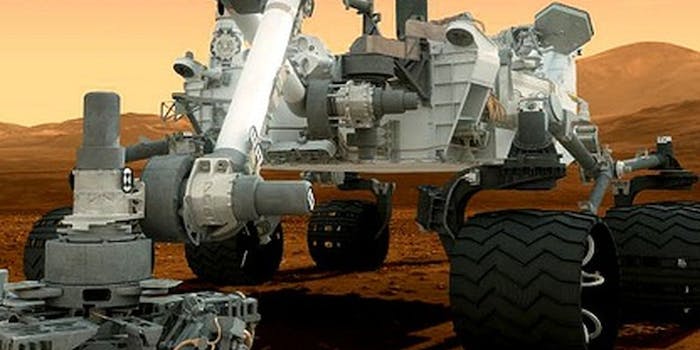 Through the @MarsCuriosity Twitter account, NASA revealed that it has not yet found signs of life on the red planet.

Sorry, David Bowie: There is no proof of life on Mars just yet.

Following a NASA announcement that it was set to reveal some exciting findings from the Mars Curiosity Rover, rumors spread that it had found signs of organic material, which could provide evidence of life.

Alas, it was not to be. Through the @MarsCuriosity Twitter account, NASA revealed that it has not yet found signs of life on the red planet. That said, Curiosity is on a multi-year journey and it’s still very early.

And yet. As news filtered through of the lack of life on Mars (so far), NASA also revealed it had discovered ice water on Mercury. As we’re keeping all eyes on Mars for the impending alien invasion, it’s probably worth noting that UFOs may come from a little closer to the sun.