'Actually, [the] poem published the same year Twitter was invented. :)'

On National Poetry Day in the U.K., iNews editor Felicity Morse tweeted out a poem by Wendy Cope that shows mansplaining has been a phenomenon since at least 2006 (though I’d gamble it’s been going on since that woman in the Garden of Eden ate a bad apple and her partner likely gave her the self-righteous business for it).

It didn’t take long before men jumped in Morse’s thread to mansplain what mansplaining is.

Then there were those who imparted the classic cue “actually,” indicating that a mansplain was on its way, but not before ending with the passive-aggressive smiley that always smooths over a condescending tone.

You gotta hand it to Morse for baiting these dudes pretty well, though. 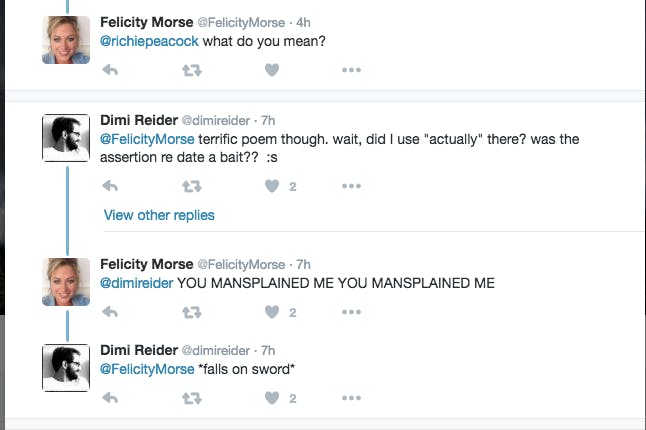 And perhaps making them think twice before actually’ing again.