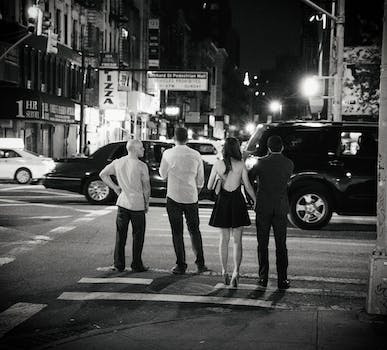 ‘Manslamming’ is not what you think it is

She was slammed into by dozens of men on the street.

Late 2014 saw a healthy discourse on the practice of “manspreading,” and now we have a new term to add to the misandrist’s lexicon: manslamming.

Beth Breslaw, a 25-year-old labor organizer, was talking to a friend who noticed that men walked down the streets of New York with reckless abandon, while woman were more likely to move out of the way of a barreling pedestrian. She decided to do an experiment, which confirmed the phenomenon that The Cut has dubbed “manslamming.”

Starting in November, Breslaw began walking on the sidewalk without moving out of anyone’s way, male or female. The results: She was slammed into by 28 men within the first few weeks alone.

“I can remember every single man who moved out of the way, because there were so few,” Breslaw told The Cut.

Breslaw was blown away by how right her friend was: that men are awful sidewalk hogs who have no regard for lady folk and will literally body-slam them while trying to get from point A to point B.

Never has the song “Move Bitch” every felt so real.

Photo via Vivienne Gucwa/Flickr (CC BY 2.0)