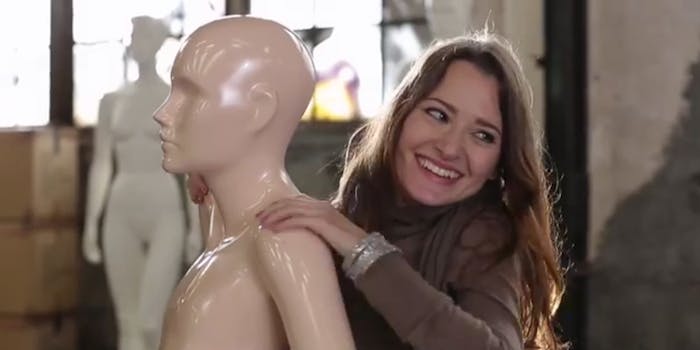 The fashion industry is getting a new perspective on life.

Pro Infirmis, an organization for the disabled, teamed up with Zurich’s Bahnhofstrasse (one of the world’s most expensive shopping streets) for the United Nations’ International Day of Persons with Disabilities to bring awareness and acceptance of people with disabilities.

Instead of the unrealistic mannequins we’ve become accustomed to seeing in most stores, shoppers were greeted with mannequins modeled after actual people with disabilities.

Five men and women with different disabilities had their measurements taken for the mannequins, and when the end result was revealed to them, they were in awe of the craftsmanship.

“It is special to see yourself like this,” one woman said after seeing her mannequin. “When you usually can’t look at yourself in the mirror.”