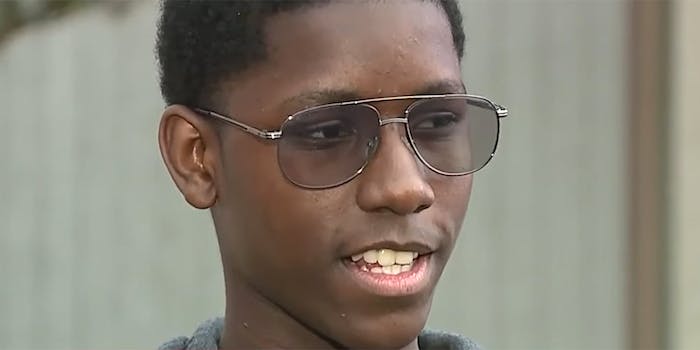 A retired firefighter was arrested in the shooting.

A 14-year-old Michigan teenager was shot at on Thursday after getting his lost on his way to school and knocking on a door to ask for directions, BuzzFeed News reported.

Retired firefighter Jeff Ziegler, 53, was arrested and charged with assault with intent to murder and a felony charge of possessing a firearm for allegedly shooting the teen, Brennan Walker.

Authorities had responded when Ziegler’s wife called 911 to say a Black male was trying to break into her house and that her husband had chased him into the yard, per an incident report from the Oakland County Sheriff’s Office.

Walker told authorities he had missed the bus to his high school and was trying to walk to the campus when he got lost and stopped to ask for directions. Authorities said the woman who opened the door thought he was trying to break into her house, and her husband chased after Walker with a 12-gauge shotgun.

But when he saw Ziegler with a gun, he ran.

“I looked back behind me, I saw him aiming at me, and I turned back. I turned back and I heard the gunshot. And I tried to run faster,” the teen told WXYZ.