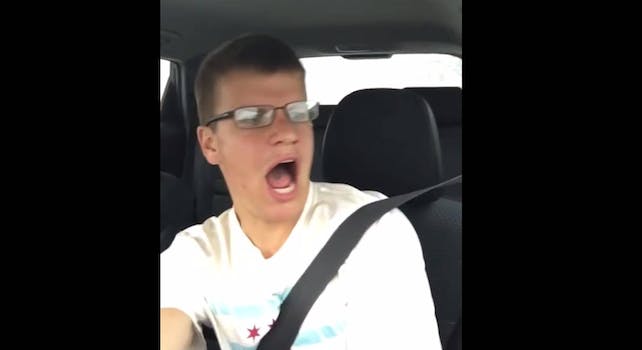 Guy filming himself singing hydroplanes and flips his car

Travis Carpenter wanted to film his own carpool karaoke session as he drove to his ultimate frisbee practice. He ended up capturing the most terrifying moment of his life instead.

Like anyone serious about their karaoke chops, Carpenter wanted to critique his take on a Casting Crowns song. He turned on his dashcam as he made his usual three-hour trip from Indianapolis to Whitewater, Wisconsin. Carpenter says he was going the speed limit and didn’t see anything alarming, but suddenly, in heavy rain, his car started to hydroplane. In an instant, his world was turned upside down.

Carpenter reported that his car slid off the road and flipped down a small hill. But, thankfully, he didn’t sustain any injuries—“not even a scratch”—and his car suffered no mechanical damage. It still drives.

What’s even more amazing? His glasses stayed on the whole time.