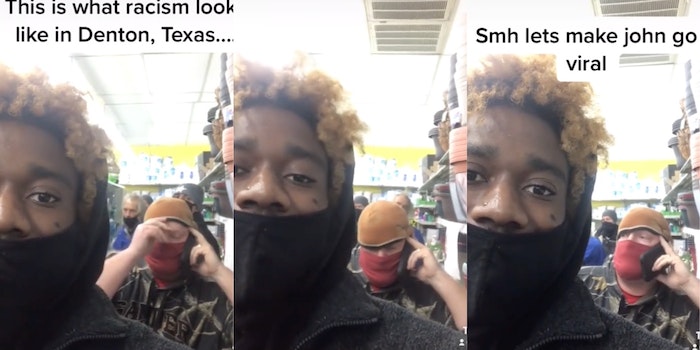 The TikToker says he asked the man for some space.

A TikTok video shows a man calling the police on a Black man at a store in Denton, Texas, for no apparent reason.