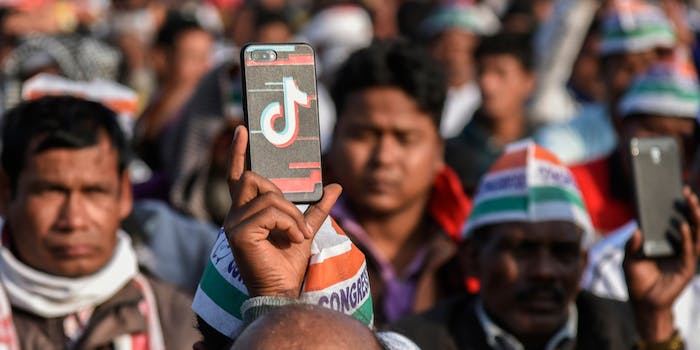 The boy allegedly made a video with the attacker's sister.

A teen in Jaipur, India, was reportedly forced to parade through the streets naked after making a TikTok video with a girl.

It’s unclear what the TikTok video showed, but according to NDTV, the girl’s brother attacked the boy and filmed him naked in the streets. The man allegedly beat the young boy with a belt during the ordeal, hurled abusive language at him, and forced him to apologize for making the TikTok video.

NDTV reports that his family filed charges against the accused attacker and three others. Two people who filmed the attack have already been arrested, and police are still trying to apprehend two others. The girl’s family also filed a case against the teen.

India banned TikTok in 2019 after complaints that the Chinese-owned app failed to properly protect its young users from exposure to problematic content. The ban allowed those who previously downloaded the app to continue to use it but did not allow any new downloads. The ban was eventually lifted after the courts reversed its decision.

There are about 17 million active users on the platform in India. It’s unclear whether the young boy who was attacked will continue to use the app.