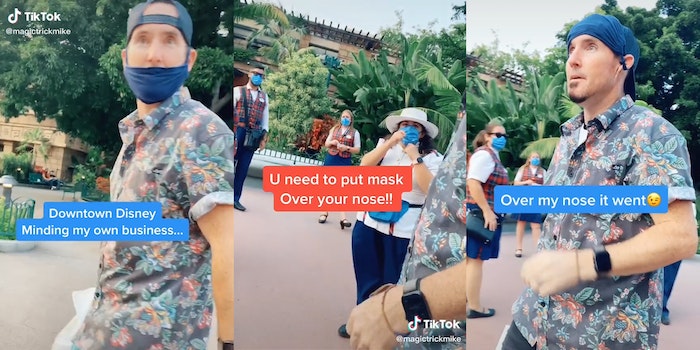 'Minding my own business.'

A TikTok star, Magic Trick Mike, claiming to be “minding my own business,” shot a video of him wearing his mask incorrectly at Disneyland in California.