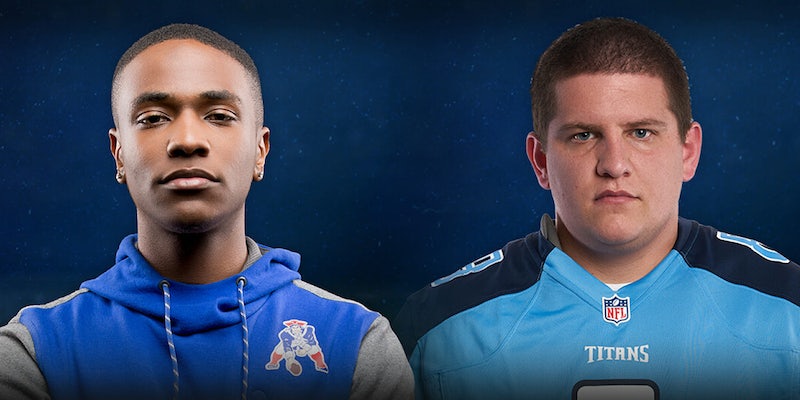 The victims were gamers themselves, and seen on camera right before the shooting.

Two people were killed and 11 were injured after a mass shooting at a Madden 19 gaming tournament in Jacksonville, Florida, on Sunday. Now, the Madden gaming community is left to mourn two players who were victims of a fellow gamer’s fire.

Across social media, people in the gaming community are sharing their tributes to Taylor Robertson and Eli Clayton, two players who were competing in the tournament.

Clayton, 22, was from Woodland Hills, California, and went by Trueboy and True. His EA Sports profile says he was “consistently one of the best in competitive ‘Madden,'” having won a total of $51,000 at live event competitions.

Robertson, 27, was from Ballard, West Virginia, and was a husband and father. Known as SpotMePlzzz, he had won last season’s Madden Classic and won $80,500 total at live event competitions.

Doubt I will ever go back 2 to Madden 18, but if for whatever reason I ever do, you'll be on my sidelines. #RIPTRUE pic.twitter.com/FShYTnDZYp

The shooter, 24-year-old David Katz, killed himself after opening fire on the tournament. He had gone by gamer tags Bread and RavensChamp, and had won the Madden 17 Bills Club Championship in Buffalo, New York, last year.

On Twitter, people in the gaming community are remembering their peers and mourning their deaths, some writing that the men died while doing what they loved.

I can't get the image of -Trueboy smiling, enjoying the tournament, totally unaware of what was about to happen- out of my head.

Such senseless violence breaks my heart.

RIP @True__818 Elijah Clayton. One of my best friends in life. I talked to u almost everyday for the last 5 years. U were one of the most kind and genuine people I’ve ever met. I love u like a brother. I’m gonna miss hearing you laugh everyday and seeing your genuine smile. pic.twitter.com/Balk88T1ES

My heart is shattered today… I dont think I have ever prayed and cried so much in my life. We lost some amazing souls today. May God bless their families and be with them. If anyone needs anything please feel free to reach out. I love yall!

You guys will ALWAYS be in our hearts, and remembered in our community. <3

Rest In Peace you 2. pic.twitter.com/QShfKqSvl0

Crying and in so much pain. Prayers to the families of Trueboy and Spotme. All over a videogame. Two of our brothers are gone man and its so disturbing. One of the most tragic days ive experienced. This community is like family. Broken.

In a statement on the Madden 19 website, EA Sports wrote that it “strongly condemn[s]” the Jacksonville shooting, and that it thanks first responders for arriving at the scene quickly.

“The tragic situation that occurred Sunday in Jacksonville was a senseless act of violence that we strongly condemn. Our most heartfelt sympathies go out to the families of the victims whose lives were taken today and those who were injured,” the statement read. “All of us at Electronic Arts are devastated by this horrific event, and we also join the community in thanking the first responders who were quickly on the scene. Our focus right now is on those affected, and supporting law enforcement as they continue their investigation into this crime.”