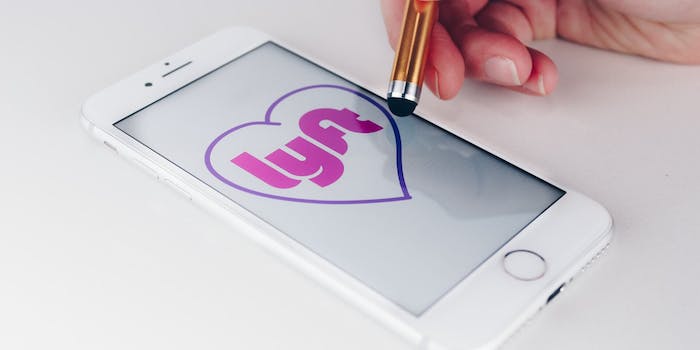 “If I can’t use my legal name what exactly would you like me to use,” Dick asked in a tweet.

Hey @lyft, if I can’t use my legal name what exactly would you like me to use… pic.twitter.com/rBeJ1hJ7B0

Another user, Kwame Som Pimpong, had a similar issue. “I need @lyft to explain what about the name ‘Kwame’ doesn’t fit your community guidelines,” Pimpong wrote. “What about that doesn’t fit? Who wrote the algorithm for this?”

I need @lyft to explain what about the name "Kwame" doesn't fit your community guidelines.

What about that doesn't fit? Who wrote the algorithm for this? pic.twitter.com/4iXvsUyERI

Cocks shared a screenshot of a notice from Lyft, and wrote, “I’m truly not being disrespectful. It’s my actual name.”

The screenshot showed a notice from Lyft that said his name did not “align” with the company’s Community Guidelines.

“We require all members of the Lyft community be respectful to help create a comfortable ride,” the notice read. Cocks was given a deadline of Saturday to update the name on the account.

Cumming’s tweet garnered a response from another user who received a similar note:

My last name is Poon and I got the same email 💀💀

When New York Times journalist Kate Conger shared a tweet with screenshots, other users shared similar experiences and said their names didn’t get a pass.

I got this message too. Apparently "Cincinnati" is now cancelled.

This right here is why Dick Van Dyke has never driven for Lyft.

In a statement to the Daily Dot on Friday, Lyft said it was addressing an issue where people “were using names that were either inaccurate, offensive or both.”

“In trying to fix the problem, we cast too wide of a net,” the statement said. “We were well-intentioned, but our response clearly led to errors that we are working to correct, and we apologize.”

The issues with last names on users’ accounts come amid criticism of Lyft’s safety measures for passengers. In September, 14 women filed a lawsuit claiming that Lyft mishandled allegations against drivers of sexual assault, harassment, and rape.

Craig Dick, who also said he received a warning about his name from Lyft, shared on Friday morning that Lyft had resolved the issue and sent an apology email.

Update – @lyft did send an apology email and They do a great job. Mistakes happen, algorithms and data dumps aren’t perfect. Can’t blame them for working to improve their experience for all. Thanks for letting us have some fun with this! https://t.co/GMAi2wxI2t