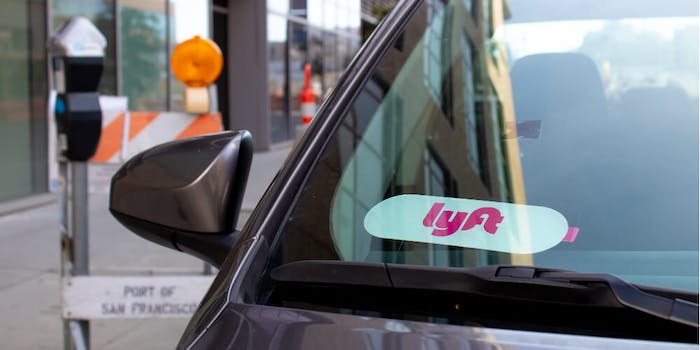 Video shows the driver getting beat up by bystanders who witnessed the attack.

On Wednesday, TMZ got hold of disturbing footage of a woman being dragged out of a Lyft and beaten by the driver until male bystanders intervene.

The surveillance video, which was recorded on Tuesday afternoon in Los Angeles, California, starts with the car parked along Melrose Avenue. The male driver is seen getting out of the vehicle and then pulling out a woman from the backseat. He throws her, along with her belongings, out of the vehicle. The woman can be seen trying to fight back but is knocked over by the driver.

Bystanders then hop out of their own cars to intervene. The Lyft driver is put in a chokehold, and he finally surrenders.

The woman has since been identified as British actress Alessandra Starr Ward. Ward told TMZ the altercation started when she started playing the song Bad Bunny’s “Te Bote” from her phone. The driver demanded she turn it off, she refused, and they started arguing. He allegedly threatened to physically boot her from the car, and she told him she would call the police if he did.

Bystanders flagged down police officers who then cited the driver for misdemeanor battery, according to TMZ. Ward was then taken to the hospital with a concussion, a sprained ankle, bruises, and a black eye.

Ward appeared on “TMZ Live” Wednesday to give a first-hand account of what when down. When asked if she has heard from Lyft, Ward said she had not, despite sending the rideshare company video surveillance of the incident.

Lyft has been under fire for ongoing accusations of passenger assaults. In September, NPR  contacted Lyft during an onslaught of lawsuits filed against the company for sexual assault claims. According to BuzzFeed News, Lyft received nearly 100 complaints of sexual assault in California between 2014 and 2016. It also alleges that Lyft failed to take basic precautions to prevent them–such as background checks, cameras in cars, or panic buttons in the app–and allowed several drivers who had been accused of assault to continue working. Lyft declined all requests for an interview, but Lyft co-founder John Zimmer said in a statement, “We don’t take lightly any instances where someone’s safety is compromised, especially in the ride-share industry, including the allegations of assault in the news.”