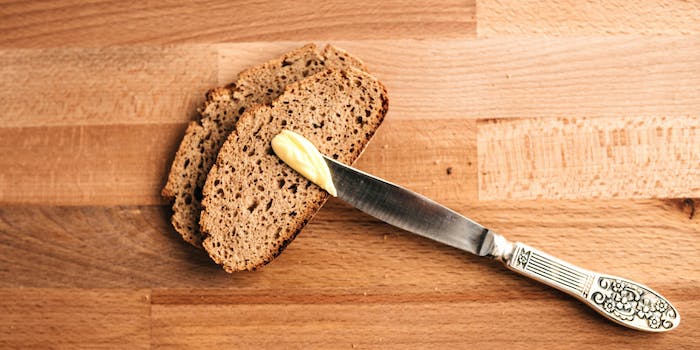 People are enraged that the district denied a $4,000 donation from a local business owner.

A Rhode Island school district has caught the ire of the internet after announcing that students with lunch debt will only get cold sandwiches until their balance is fully paid.

“If money is owed on a paid, free, or reduced lunch account a sun butter and jelly sandwich will be given as the lunch choice until the balance owed is paid in full or a payment plan is set up through the food service office,” Warwick Public Schools announced on Facebook on Sunday.

Warwick Public Schools told NBC that they are owed more than $40,000 in lunch balances, and the new measure will go into effect next Monday. The school district did not return the Daily Dot’s request for comment.

People online, outraged by the way the district is shaming children whose parents cannot pay, are offering to chip in.

This makes me sick. How can adults treat children so mean for the crime of being poor?

Where is the go fund me for this because I feel like opening my wallet. Someone with a blue check mark needs to start one if there isn’t one so Twitter can do its thing

What is the address and what is the total amount due? Let’s pay it off.

It’s amazing that in a state that was willing to bend over backwards to give 100 million to a minor league team for a baseball stadium and gave millions to Curt Schilling for a video game company, we can’t afford to feed children lunch at school.

Our country had sunk so low. My heart breaks. We’re talking about hungry children! Where is the decency and humanity of our lawmakers? Why is this even debatable? Feed the children! They deserve better! The dumbing down of America has got to stop!!

It's sickening that school children are being singled out and shamed for not having lunch money. A campaign to raise money is a good idea. Perhaps the people who run this school district can be shamed themselves into forgiving this "debt".

Some were especially angry since local business owner Angelica Penta shared that she’d offered a $4,000 check to pay off part of the debt, but the school refused to take it.

“I have met with Warwick twice and the second time I left in tears after they refused to take a $4,000 check,” Penta, owner of Gels Kitchen, wrote on Facebook. “I get where they are coming from. They don’t want parents getting upset if their childs [sic] lunch gets paid for, but if they are going through hard times they may need help. I come up with several different ideas and they were all shut down.”

So I really didn't want to post anything about this, because I know everyone has a different opinion on the matter, but…

Warwick Public Schools reportedly said it was not comfortable with Penta making a blanket donation and leaving it for the school to decide which kids will benefit, as it’s not consistent with its “mission to treat all children equitably.”

People are understandably upset that not only would the school district refuse funds, but that it would talk about equality when it was ready to give some students a lesser lunch.

Just reread the story. The school is using this a cop out. I donate to my grandkids school and the Principle and staff decides how to distribute the funds. And that okay by me. They could've done the exact same thing or devised another method.

Absolutely asinine. There are a multitude of ways to fund lunch for all of these children. And if a donation is made—don’t decline it. Just distribute it evenly across all outstanding accounts. Hungry kids are at a disadvantage.

Yet they refused a donation? What have we become that we want to give teachers guns instead of giving kids a proper lunch?

Since the district wasn’t responsive to Penta’s individual donation, a GoFundMe was set up yesterday to help pay off the debt for the Warwick students. It has so far raised more than $6,000 of its intended $77,000.

The issue of lunch debt also recently made headlines after the mother of police-shooting victim Philando Castile donated $8,000 to a Minnesota high school to pay off students’ balances. A survey the by School Nutrition Association showed that 40% schools reporting an increase in the number of students in need of school lunches between 2016 and 2017.