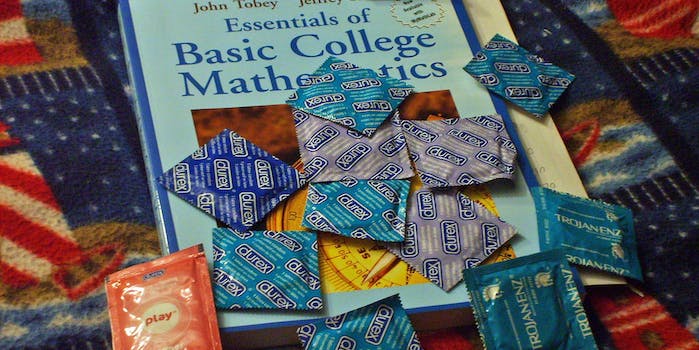 Can you guess which countries last longest in bed?

Looks like they stay down under longer Down Under.

Calling all International Nasty Gals: Spreadsheets, the sex tracking app that brought us a state-by-state breakdown of which groups of Americans have sex the longest, has done it again.

This time, Spreadsheets surveyed the habits of its 13,500 users across 133 countries to calculated the average duration sex sessions lasts in each place.

Stereotypes might paint Italians and the French as superior lovers, but Spreadsheets’ data tells a different story. Good, boring, corn-fed Americans report the most sex sessions, according to the survey data. That doesn’t mean they’re engaging in pleasure marathons, however. The average frisky time in the U.S. is 3 minutes and 45 seconds. China claims the second most-frequent bang sessions, but they’re shorter, at 2 minutes and 40 seconds, on average.

Australians report having the longest sexual encounters, at 4 minutes and 2 seconds. Sure, that’s still around the length of a “Saturday Night Live” sketch, so it’s not like there’s a nation out there secretly clocking insane hours copulating (or, if there is, they’re not logging it in on Spreadsheets.) But when it comes to duration, the Aussies are pulling ahead by not pulling out as quickly. 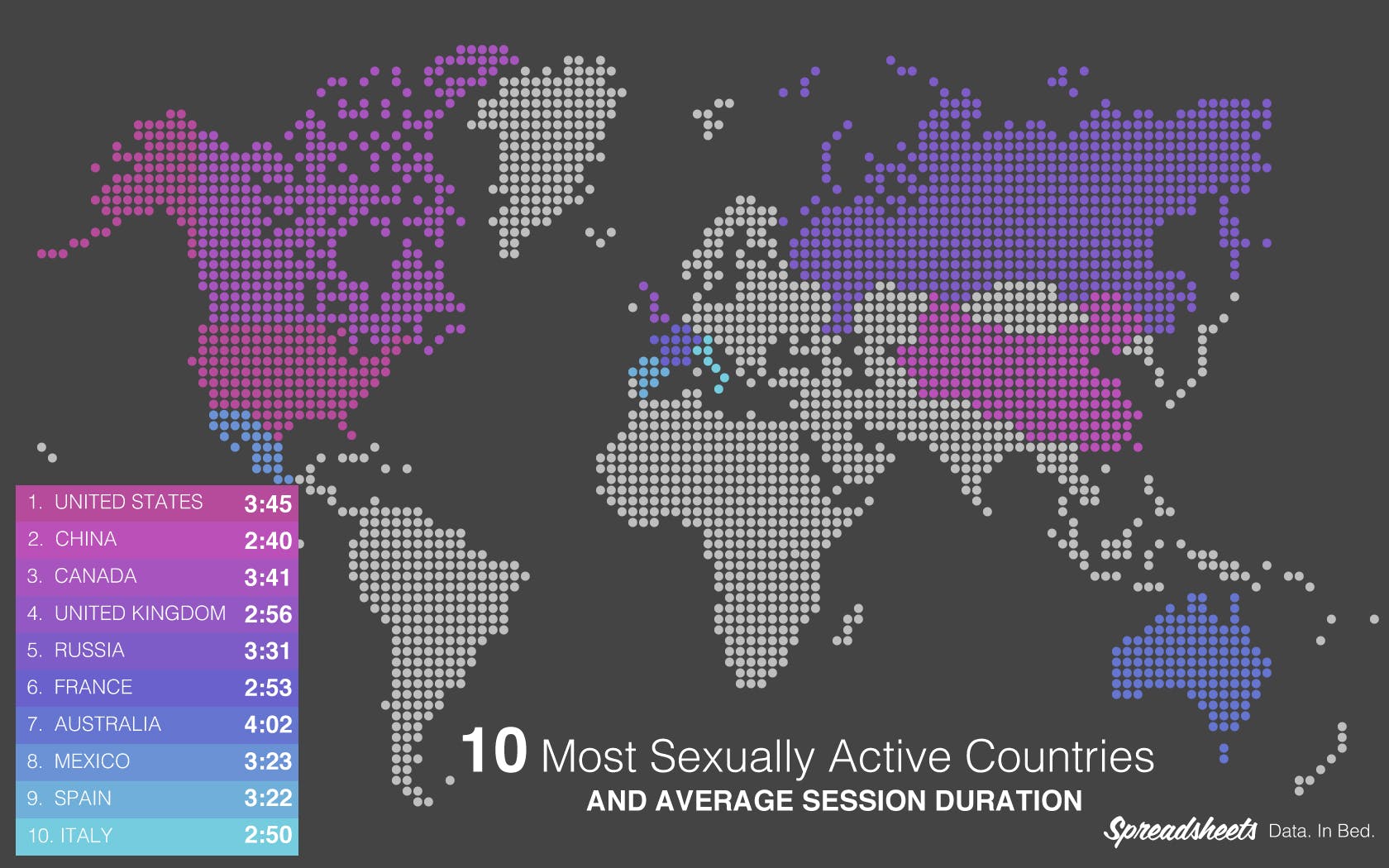