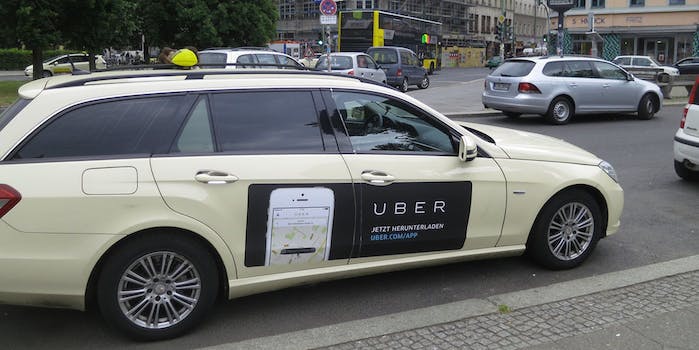 Uber has taken action against the driver.

A group of men in London is claiming they were kicked out of an Uber for being gay, all because one man kissed another man on the cheek.

Paul Hanafin told the Daily Mail he and his friends had called an Uber to pick them up at Heaven, a well-known gay nightclub, and that the driver picked them up without issue. However, when one man kissed another on the cheek, the driver allegedly said he didn’t want any “gay stuff” in his car.

Since the incident, however, Uber responded to Hanafin’s report and action was taken against the driver.

Uber and similar services have come under fire for discrimination and lack of vetting for drivers before. Drivers were found to discriminate based on race in a study last year, and there have been numerous reports of drivers attempting to sexually assault passengers. Uber has generally been responsive to these claims, but as a private company, Uber’s legal responsibility for their drives differs from city to city.